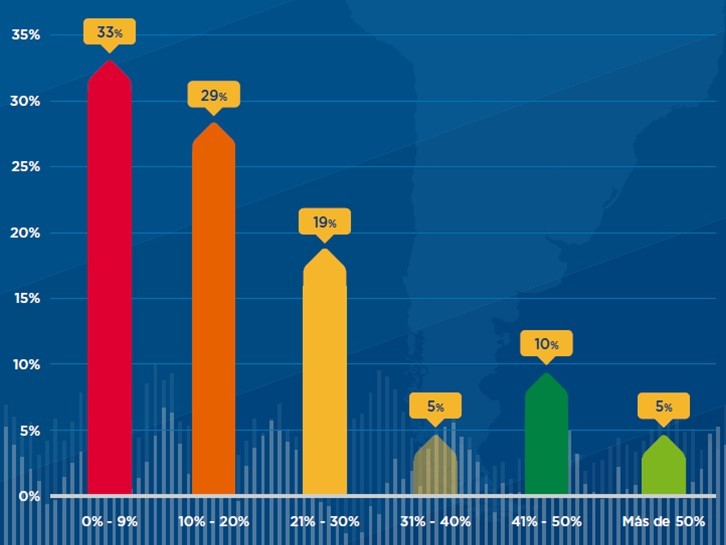 Most hydroelectric companies in Latin America are informed of the growing digitalization trend in the sector and its importance to operations, according to an Inter-American Development Bank (IDB) survey.

According to BNamericas, most survey participants also said they were familiar with digital monitoring and control systems and big data, while technologies respondents said they were least familiar with relate to more advanced systems, such as artificial intelligence and digital twins.

The regional lender added that close to half of the companies that responded said they use drones.

Hydroelectric operators, however, identify the lack of regulatory incentives and technology costs as principal barriers, while the availability of suppliers in the region is not seen as a problem.

The survey also shows that a little over half of operators have assigned financial resources to incorporate digital technologies over the next two years.

The figure at the top shows the approximate percentage of planned investment in digital technologies and artificial intelligence survey respondents are reporting in relation to the amount of annual investments estimated for the projects in the next year.

For IDB, digital technologies will play a vital role for hydroelectric plants with the penetration of variable renewable energies that will require greater real-time coordination.