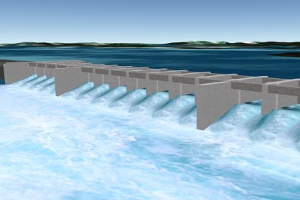 Belo Monte, which carries an overall price tag of $17 billion, will be located on Brazil’s Xingu River and will be the world’s third-largest hydropower complex once complete.

The project has faced controversy throughout its development, however, with a number of work stoppages caused by protest since construction began earlier this year.

This latest loan from BNDES includes a $1.54 billion package specifically earmarked to address social and environmental issues caused by Belo Monte’s construction, which the bank says is the largest such allocation in its history.

BNDES also says that to qualify for the release of funding, Norte Energia will be required to present approved and up-to-date environmental licenses, which will be evaluated by an independently-hired environmental auditing company.

Belo Monte’s first generating units are expected to be operational in February 2015, with the last slated to be online by January 2019.