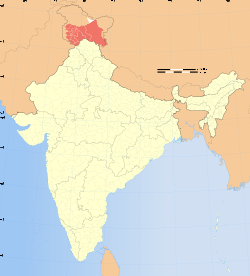 India’s proposed 850-MW Rattle hydropower project has been awarded environmental approval by the Apex Committee of the Union Ministry of Environment in Dehli, HydroWorld.com has learned.

The Rattle hydroelectric plant, to be constructed under a build, own, operate and transfer (BOOT) arrangement in India’s mountainous Jammu and Kashmir state, will be constructed by GVK Power Infrastructure Limited.

HydroWorld.com reported in March 2010 that the project is to be completed by 2017, though the plant’s size was increased from its original 690 MW of capacity following revised water flow studies by India’s Central Water Commission.

GVK will hold control of the project for 35 years as per the BOOT arrangement, after which point it will be transferred to Jammu and Kashmir.

HydroWorld.com reported in June that the northern state wishes to add about 8,000 MW of hydroelectric power capacity within the next decade.