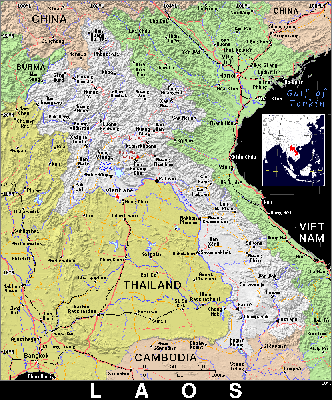 The Nam Phay scheme is an interbasin diversion project that has a 700-m head. It includes a concrete-face rock-filled dam that impounds Nam Phay River creating a reservoir, which has an area of 8.92 km2. The powerhouse is located on the right bank of Nam Leuk River and it contains two 43-MW Pelton turbines that send power through a 115-kV transmission line from Nam Phay switchyard to Thongkhoun II substation.

NPPC registered in Laos on Nov. 25, 2013, through Hong Kong Frame Star Development Ltd., which is a wholly-owned subsidiary of Norinco.

In February 2014, under the 2012 Laos PDR National Power Development Program that has a goal to attain 90% of the country’s population being connected to electricity by 2020, NPPC and Lao PDR singed a 25-year plant concession.

Norinco in Lao PDR
Lao PDR is a target country for Norinco, according to the government.

In January 2017, Lao PDR commissioned the $50 million 23-MW Xeset III hydropower project Norinco developed, which is located at the junction of Xeset River between Saravan and Champassak provinces, about 750 km from Vientiane.

In 2009, according to Export-Import Bank of China, Norinco completed construction of the $135 million 76-MW Xeset II hydropower project in Saravan province.