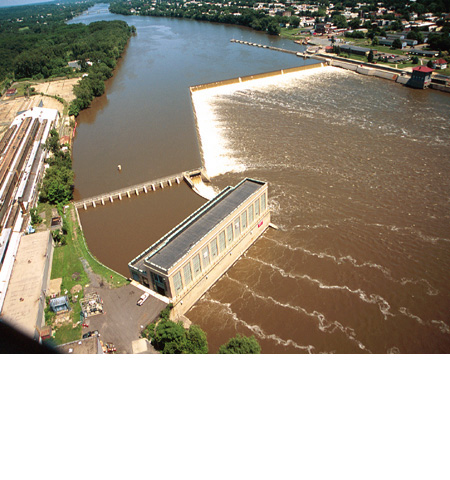 Albany Engineering Corp. (AEC) and Mavel a.s. have signed a joint manufacturing and supply agreement regarding new generating equipment for four hydroelectric plants on the Hudson River in New York.

The agreement commences a collaborative approach to the design, manufacture and installation of 17 identical 6-MW hydroelectric turbines for the existing Green Island and Mechanicville projects and the proposed Thomson and Waterford projects.

Mavel will provide the equipment design and manufacture the turbine shafts and runners. AEC will fabricate the other turbine components according to Mavel’s design and perform the assembly, installation and commissioning of the new units.

“This approach will allow for installation of the best European technological design and equipment in these four hydroelectric projects while creating new local manufacturing jobs and providing more clean, renewable power in New York State,” said James A. Besha Sr., chairman of AEC.

In June 2016, HydroWorld reported that Thomson was to be a 23.7-MW facility on the Hudson River adjacent to Lock C5 of the Champlain Canal. Details were not readily available on the Waterford project.

AEC is an engineering corporation founded in 1924, and its principal activities are the development, design, construction management and regulatory coordination of hydroelectric power projects, which it owns and operates.

Mavel supplies turbines for hydroelectric power plants from 30 kw to 30+ MW and was founded in 1990. The company has installed or signed contracts for more than 500 turbines at more than 300 sites in 41 countries. Mavel designs and manufactures its turbines in the Czech Republic.