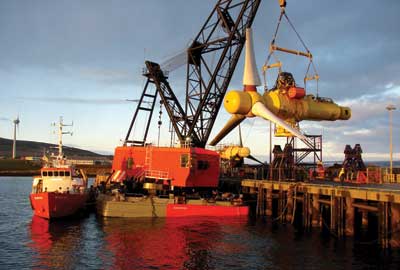 The company (FR: ALO) said the unit will undergo detailed testing and analysis for the next 18 months before full commercialized development begins.

Alstom’s 1 MW turbine is the continuance of a previous 500 kW test unit that was deployed in March 2012. They were developed by Rolls-Royce’s Tidal Generation Limited (TGL), which Alstom officially acquired in January.

In other wave energy news, HydroWorld.com recently reported that two United Kingdom energy parks have agreed to a landmark collaboration.