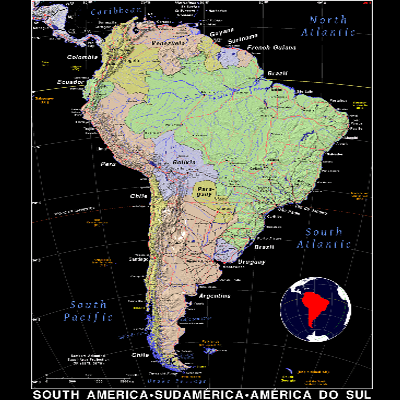 Argentine President Mauricio Macri has ruled in favor of constructing the US$900 million 210-MW Portezuelo del Viento hydropower project on the Rio Grande in Malargue, south of the province of Mendoza, located in central Argentina.

According to a Jan. 18 announcement from Mendoza Minister of Government, Labor and Justice, Dalmiro Gray, “We have received notification from the Ministry of the Interior of the Nation. Finally, the president has issued his award in the dispute we had about the construction of Portezuelo del Viento.”

At issue were disagreements between members of the Interjurisdictional Committee of the Colorado River (COIRCO) that consists of Mendoza, Rio Negro, Neuquen, Buenos Aires and La Pampa provinces.

Four of the five COIRCO members granted approval, but La Pampa was in opposition of constructing the complex.

Gray said, “What Macri has done is share the position of four provinces that make up COIRCO, where we define Portezuelo as a strategic work, as part of the Rio Colorado Treaty.”

The Portezuelo del Viento facility will include a roller-compacted concrete dam and an impoundment that has a volume of about 1.6 million acre-feet. The facility will help water management, tourism and supply power to an estimated 743,167 residences, according to project specifications.

In August 2017, the government moved forward with constructing a different $5 billion multi-project scheme, the 1,740-MW Kirchner-Cepernic hydro complex on Santa Cruz River in the province of Santa Cruz.

The Nestor Kirchner and Jorge Cepernic projects are to be located about 80 km apart and have capacities of 1,140 MW and 600 MW, respectively. Kirchner is expected to feature a 75-m-high concrete-faced rockfill dam and Cepernic a 43-m-high dam.

More hydropower news related to South America
The government of Peru has granted a definitive concession for constructing the three-facility 406-MW Tingo hydroelectric complex at an estimated cost of US$800 million.

The complex will be located in the Amazonas Region of northern Peru that boarders Ecuador.

In a resolution issued this week, the government’s Ministry of Energy and Mines authorized its power director to sign the concession contract to develop the project with Peruvian development company, Energoret Ingenieros Consultores S.A.C. (Energoret). The complex will feature the 210-MW Tingo I, 148-MW Tingo II and 48-MW Tingo III plants.

Excluding hydropower plants less than 20 MW, in November 2017, Peru granted 14 definitive project concessions. According to the Ministry, the concessions will have a total combined installed capacity of about 2,717 MW at an estimated investment of close to $6.5 billion.