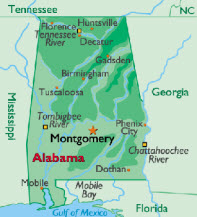 Experts from the Association of State Dam Safety Officials and the American Society of Civil Engineers met with officials from Alabama to discuss the implementation of a state dam safety program.

Alabama is the only state without such a program, which Reps. Mary Sue McClurkin, Mike Hill and Kurt Wallace hope to amend with the introduction of House Bill 610.

“Without a dam safety program in Alabama, we don’t have important information about dams in our state, including an accurate picture of how many we have or their condition,” McClurkin said. “It is unacceptable for Alabama to continue to be the only state in the country without the resources to support this critical infrastructure to protect our residents.”

The lack of a dam safety program means most of Alabama’s dams do not have an emergency action plan, putting the state population at risk, ASDSO said.

“Dams are integral to our nation’s infrastructure and providing many important benefits,” ASDSO executive director Lori Spragens said. “We all have a role to play in creating a future where all dams are safe and Alabama needs a dam safety program in order to monitor and regulate the state’s dams.”

Though state governments regulate the majority of dams in the United States, the number of dams considered “deficient” has still increased dramatically in recent decades. ASDSO said the number of deficient dams increased 137% between 1998 and 2008, while ASCE gave America’s dam infrastructure a “D” grade in its most recent infrastructure report card.

“A commitment by all states to improving dam safety today will save lives and property tomorrow,” Spragens said.

The bill has now been referred to the House of Representatives Committee on Commerce and Small Business.