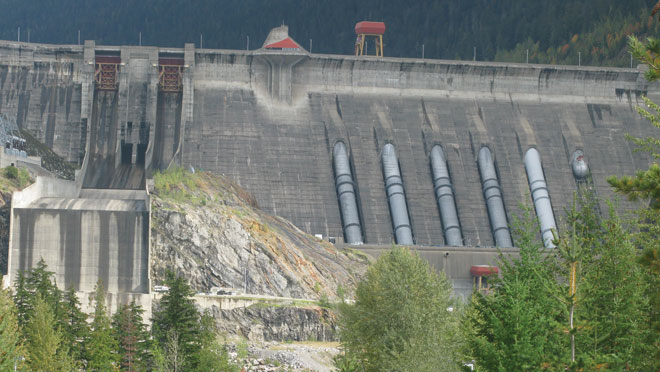 In a press release, BC Hydro says, “We can’t afford to play catch-up to the power needs of a growing province. It’s our responsibility to have generating capacity in place for when B.C.’s population and industrial growth demands more electricity.” BC Hydro says it expects electricity demand will increase by almost 40% over the next 20 years and, with it, peak demand periods will require additional capacity.

Currently, BC Hydro says not all of its generating units need to be running all the time. However, a few weeks ago British Columbia used more electricity than at any other time in its history. In addition, the utility says Unit 6 at Revelstoke will be needed in 2026 to cover a capacity deficit that will occur when major maintenance work begins on the four 1970s-era units at its 2,805-MW Mica facility.

This facility, on the Columbia River, began operating in 1984 with four turbine-generator units, but it was designed to have up to six units. A fifth unit began operating in 2010. Current plans are to add 500 MW of generating capacity, which the crown provincial utility says is enough electricity for 40,000 homes.

The sixth unit will be added to an existing, empty bay in the Revelstoke powerhouse. BC Hydro says plans are that the sixth unit will be ready by 2026 or earlier. This work is expected to cost up to $582 million and will include building a new capacitor station 19 km west of Summerland.

BC Hydro says it has worked closely with the Ktunaxa, Okanagan Nation and Secwepemc on the application for Revelstoke Unit 6. “Not only does Revelstoke Unit 6 ensure that power is there for our customers during the winter season when electricity use in B.C. reaches its peak, it reflects our evolving relationship with area First Nations,” said Chris O’Riley, deputy chief executive officer of BC Hydro and lead on capital infrastructure projects. “This is the first time that BC Hydro has partnered with First Nations on the preparation of our application for an Environmental Assessment Certificate.”

A decision to issue the certificate is expected in the fall of 2017, BC Hydro says.

BC Hydro also is building the 1,100-MW Site C hydro project on the Peace River to “avoid a significant capacity deficit within the next decade.”