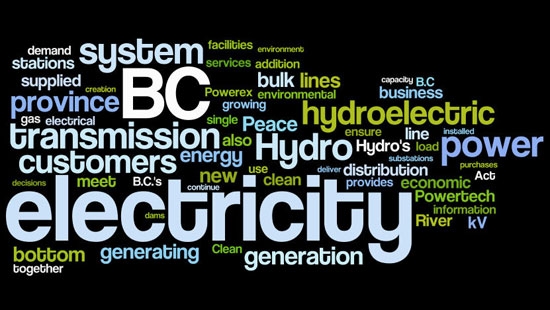 In a Dec. 5 announcement, BC Hydro and Power Authority (BC Hydro) said it now has a “best-in-class” method for calculating earthquake hazards for utilities and a “first-of-its-kind” model for application within the North American hydropower industry.

The seismic action plan and study is the culmination of six years of work by a cross-section of experts, including seismologists, physicists and geologists who studied the history of seismic events across British Columbia, Canada, and adjoining regions, according to BC Hydro.

In a “Backgrounder” document accompanying the press release, the company said the risk of a major seismic event has always been present in B.C., particularly on Vancouver Island.

The following is a portion of the information the study found in the region in which the seismic hazard: 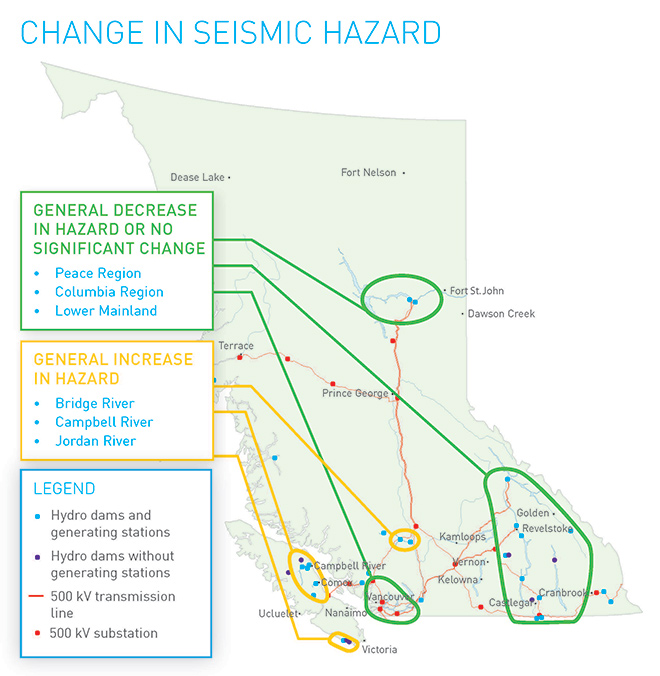 According to the Natural Resources Canada (NRCan), the ministry of the government of Canada responsible for natural resources, “The Pacific Coast is the most earthquake-prone region of Canada. In the offshore region to the west of Vancouver Island, more than 100 earthquakes of magnitude 5 or greater (large enough to cause damage had they been closer to land) have occurred during the past 70 years.”

Additionally, NRCan said the west coast of Canada is one of the few areas in the world where all three of these types of plate movements take place, resulting in significant earthquake activity.

Earthquakes in this region occur along the faults in the offshore region from “plate” moving that can either slide past one another, collide or diverge (or move apart), NRCan said. “Moving inland from the coast and the active plate boundaries, the frequency and size of the earthquakes decreases.”

In its press release BC Hydro said, “[We] worked to identify where major seismic activity could occur, developed prediction models and determined resulting seismic ground motions at [our] facilities. This methodology is now a best-in-class model for calculating earthquake hazards for utilities.”

More than 95% of the electricity BC Hydro generates in British Columbia comes from hydroelectric facilities. Of those, more than 80% of BC Hydro’s installed generating capacity is at hydroelectric installations in the Peace and Columbia River basins.

BC Hydro operates and maintains 79 dams at 41 sites throughout B.C., which supply power to about 2 million people, but a significant portion of the company’s facilities are in a relatively active seismological section of the country when compared to the rest of Canada.

The study is in addition to the millions of dollars encompassed in the 10-year plan BC Hydro introduced in fall 2013.

“BC Hydro has been assessing seismic hazards at its dams and facilities for many decades,” said Chris O’Riley, executive vice-president, Generation, BC Hydro.
“The new model shows us that nothing has changed for the biggest dams in the province.”

O’Riley also added details about an updated action plan in response to concerns about safety risks at John Hart Dam on Vancouver Island.

In July 2011, B.C. released its inaugural annual dam safety report. John Hart Dam is a 67-year-old facility that was one of the dams cited in this report for further examination. Published reports indicate a 2012 quarterly report from engineers and inspectors to BC Hydro’s board of directors included information that a number of components of the John Hart Dam did not meet the required performance for large earthquakes.

The $700 million being spent on Vancouver Island dam safety upgrades over the next 10 years “is in addition to the $1 billion John Hart upgrade project,” O’Riley said. “It is all encompassed in the 10-year plan for BC Hydro that was introduced last fall.”

BC Hydro said its seismic study would be available to local governments, agencies and others who are interested in assessing ground movement and what it may mean for the infrastructure in areas of concern.