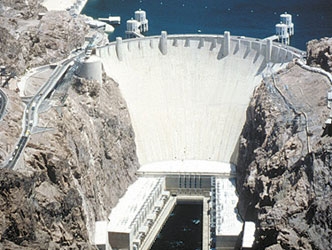 The Bureau of Reclamation seeks bids to repair, remanufacture, or replace mechanical components needed to refurbish hydroelectric equipment at 2,078-MW Hoover Dam in Arizona and Nevada. Bids are due July 11.

Reclamation previously announced it expected to issue the solicitation in mid-June with bids to be due in July. It requested information in March from firms able to perform the work. The agency previously called for information on firms able to modernize eight elevators at Hoover, on the Colorado River. It awarded a contract to Andritz Hydro in October to supply four turbine runners to the project.

It proposes multiple indefinite-delivery indefinite-quantity contracts for a five-year period. The estimated value of each contract is $7.5 million, with each task order estimated at $5,000 to $100,000.

A solicitation notice may be obtained from the Federal Business Opportunities Internet site, www.fbo.gov, by entering Solicitation No. R13PS30200 in the “Keyword/Solicitation #” box.