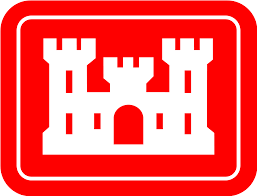 The U.S. Army Corps of Engineers Huntington District is holding a ribbon cutting on Oct. 21 near Bolivar, Ohio, to mark completion of the Bolivar Dam rehabilitation project.

The major project rehabilitation process began in 2009 to address reliability problems related to Bolivar Dam. According to the Corps, action was needed because excessive uncontrolled seepage was negatively affecting the integrity of the dam, increasing risks to the downstream public. The project involved construction of a seepage barrier, seepage blanket, service gate replacement and instrumentation contracts.

These concerns contributed to its classification by the Corps’ Screening for Portfolio Risk Assessment as a Dam Safety Action Class II — Urgent (unsafe or potentially unsafe) project.

The rehabilitation project needed to correct the dam’s instability issues and minimize the potential for catastrophic failure. The project is considered to be single purpose and the Bolivar Dam Major Rehabilitation Report was approved on June 12, 2009.

In March 2014, HydroWorld.com reported the Corps awarded a US$44.2 million contract to Treviicos South Inc. to construct the dam safety seepage barrier at Bolivar Dam.

In 2012, the Corps awarded a $4.7 million contract to TAB Construction Co. Inc. to install six service gates in the dam’s intake structure — including five to be fabricated and a sixth to be supplied by the government. Other work includes rehabilitation of gate recesses, repair of damaged concrete and servicing gate machinery and electrical components.

Bolivar Dam is located on Sandy Creek of the Tuscarawas River, about 183 miles above the mouth of Muskingum River, in Stark and Tuscarawas counties.

The dam has an impervious core with a cut-off trench and is flanked by pervious zones. The embankment has a maximum height of 87 feet, a crest length of 6,300 feet and a crest width of 25 feet. Constructed primarily for flood control, the maximum flood control pool level of elevation 962 feet would encompass 6,500 surface acres.

There are two levees, Magnolia and East Sparta, within the Bolivar Dam reservoir. Bolivar Dam is a dry dam, which by definition does not have a permanent pool or lake behind the dam. Only during times of excessive rain and prevention of downstream flooding does the dam retain water creating a temporary pool.