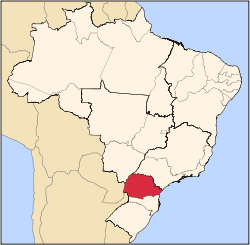 The small hydro project has been operating with one 6.3 MW turbine since the Agencia Nacional de Energia Electrica (ANEEL) gave its go-ahead for commercial operation in April.

The plant is located in Brazil’s southern Parana state and will feed power to around 50,000 consumers in Virmond and Candoi, Copel said.

Cavernoso 2 was announced in March 2011 as part of the Brazilian government’s special infrastructure development program known as Reidi.