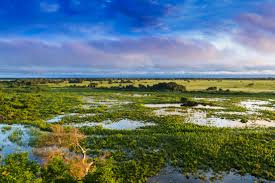 The National Water Agency of Brazil (ANA) is suspending the granting of rights to use water resources for new hydro projects in the Pantanal region until May 2020.

According to BNamericas, this decision will affect projects that did not begin commercial operations before July 2018. ANA said the goal is to prevent dams from affecting other economic activities in the region, such as fishing and tourism.

“Studies for the use of the resources of the Paraguai hydro basin region identified these projects as a possible threat to the Pantanal’s natural system,” ANA said.

The Pantanal is a natural region encompassing the world’s largest tropical wetland area and is mostly located within the Brazilian state of Mato Grosso do Sul but also extends into portions of Bolivia and Paraguay.

During the suspension period, ANA will conduct studies to investigate the socioeconomic and environmental effects of the dams on other water uses and on the water resources themselves, such as impairment of water quality or alteration of the hydrological regime.

There are studies for 144 hydroelectric projects in the region, of which most are small. ANA says there are seven large hydro plants operating in the Paraguai basin, 29 small hydropower plants and 11 other hydroelectric generators totaling 1,111 MW. The region has an additional hydropower generation potential of 1,172 MW, according to Agencia Nacional de Energia Eletrica (ANEEL).

ANA is legally liable for implementing the National System of Water Resources Management, created to ensure the sustainable use of rivers and lakes in the country for the current and future generations.