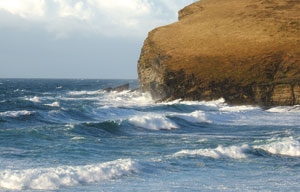 The European Marine Energy Centre has issued a call for developers to take place in a second round of testing at its facility in Scotland’s Northern Isles.

The call, made under the Marine Renewables Infrastructure Network (MaRINET2) initiative, will give companies up to six months to perform research and development at the site at no cost, pending the completion of a 90-day solicitation period and additional 90-day selection process.

Applications are due February 28 and are open to wave, tidal and offshore wind developers.

“Europe’s offshore renewable testing facilities are second to none globally, and MaRINET2 puts these facilities at the disposal of technology developers to help test and validate their concepts,” said project coordinator Dr. Jimmy Murphy.

The selection process will judge applicants based on their eligibility, technical feasibility and scientific merit before participants are chosen by a selection committee.

This second call follows the first round of MaRINET2 R&D awards, which were announced in July.

“The companies that tested at EMEC through the first MaRINET project found that the learning generated from deploying in the sea has been invaluable to the development of their technologies,” said EMEC Senior Business Development Manager Matthew Finn.

MaRINET2 is a network of 39 partners from 13 European countries, with funding coming from the European Union’s Horizon 2020 research and innovation program.

Full details about eligibility requirements and an application can be found here.