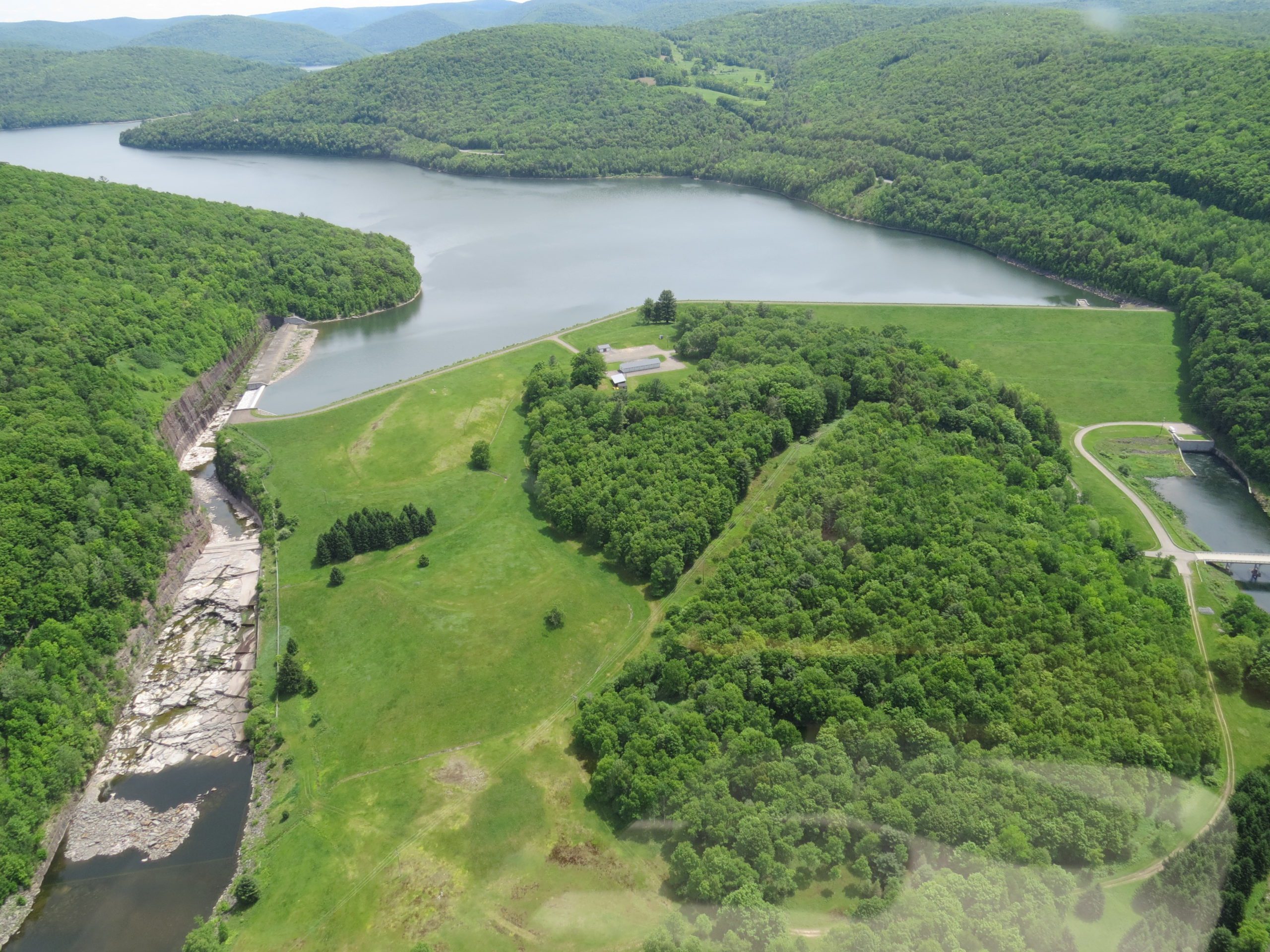 The New York City Department of Environmental Protection announced work is under way to repair Cannonsville Dam, which has been leaking muddy water.

The flow of muddy water from a rock embankment below the dam was discovered July 8 by workers who were drilling borings in preparation for the design and construction of a 14.08-MW hydroelectric powerhouse to be added to the site. Cannonsville Reservoir has been drawn down to about 88% of capacity through the removal of about 1.2 billion gallons of water each day. This rate of drawdown is expected to continue until repairs are finished.

A preliminary investigation revealed that the drilling released groundwater under natural pressure several dozen feet below ground, causing an upward flow of water and sediment.

DEP worked with consulting engineers, the Federal Energy Regulatory Commission and geotechnical experts to design a repair that will stop the transport of sediment from the rock embankment below the dam. Work will be completed in two steps, DEP says. First, relief wells will be drilled downstream of the dam but upstream of the boreholes to provide an alternate path for groundwater, and clear water from these wells will be pumped to the surface. Second, workers will seal off the boreholes using compaction grouting.

Work is expected to be finished by the end of August.

DEP says the dam, on the West Branch Delaware River in New York, is safe and stable but it is encouraging local officials, first responders and downstream residents to familiarize themselves with the inundation maps that show worst-case scenarios in the event of a dam breach.

The dam was placed in service in 1964 and holds 95.7 billion gallons of water at full capacity.

Formal announcement of plans to proceed with construction of the hydro project took place in September 2014. FERC issued a license to DEP in May 2014 for the project. The project, which would feature four turbine-generator units in a 9,000-square-foot powerhouse, is expected to cost $72 million to build and construction was scheduled to start as early as 2016.