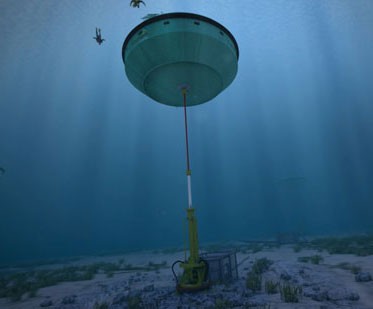 Carnegie Wave Energy Limited and Commonwealth Bank of Australia have completed a financing deal for a five-year $20 million loan facility.

This is part of the financing required for the next stage of CETO technology development and commercialization, the CETO 6 project, according to Carnegie. The goal is to develop an export-ready wave technology for global application.

The CETO system operates under water, where it converts ocean wave energy into electricity and desalinated water. The CETO 6 unit has a targeted, nominal 1 MW power capacity.

“The wave energy sector is an industry of the future with great potential for Australia to be a world leader and exporter of renewable energy technology,” says Gary McGrath, general manager, corporate financial services with the Commonwealth Bank. “We’re pleased to support Carnegie and the development of its CETO 6 Project and Microgrid Project and we are truly excited about the significant prospects for this new clean energy industry.”

Additionally, the bank is providing a loan facility of a minimum of $1 million that will provide part of the financing for the Garden Island Microgrid project, Carnegie says. The company says this will be the world’s first wave-integrated microgrid project, located on Garden Island, Wash., and will incorporate the CETO 6 project with an operating desalination plant, along with a new additional solar photovoltaic farm, energy storage and a control system. Carnegie recently signed a memorandum of understanding with Western Power to deliver the Garden Island project.