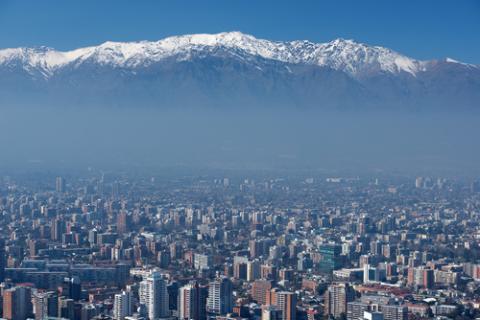 A ministerial committee has upheld an environmental permit allowing for the construction of the 640-MW Cuervo hydroelectric plant in Chile.

The facility, being developed by Energia Austral, has faced opposition from a number of groups who say it will have a negative impact on the plant and wildlife in the country’s Aysen region.

The controversial project’s location along a geological fault line in the volcanically active area has also raised concern.

“To make a decision about a 13,000 hectare dam in an area of extreme risk like the Liquine-Ofqui fault line without first having defined a regional energy policy is irresponsible,” said Peter Hartmann of the Citizen Coalition for Aysen Life Reserve.

Per this week’s ministerial ruling, Energia Austral will be required to provide further information about the project’s operation, but will not have to stop construction of the US$2.5 billion plant.

HydroWorld.com reported in May 2012 that the Chilean Supreme Court had ordered the developers to halt construction of the plant soon after the project was given the go-ahead by Chile’s Environmental Impact Assessment System (SEIA). At that time, the court ruled that SEIA had acted illegally in approving the project by ignoring recommendations from the Chilean National Geology and Mining Service.

Energia Austral — a joint venture between Glencore Plc and Origin Energy — said it had had expected Cuervo to begin operations in 2014 when it filed an environmental impact assessment in December 2010.