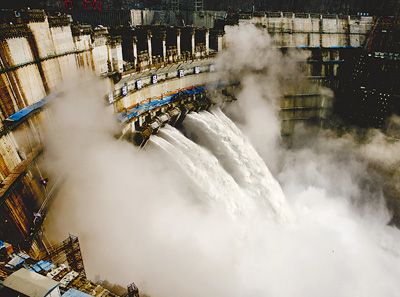 Work on the plant began in 2003. Xiluodu will ultimately house 18 turbine generators, though only 13 have been installed thus far.

The Xiluodu project, located on the Jinsha River in the central Sichuan Province, will be the world’s third-largest hydropower plant after China’s Three Gorges and Brazil’s Itaipu when fully completed in 2015.