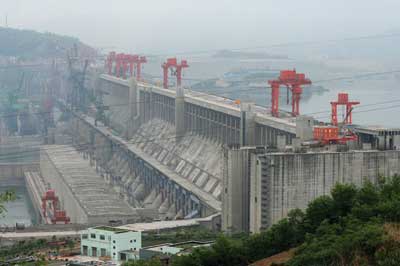 An earthquake in China’s Hubei Province that measured 3.2 on the Richter scale had no effect on the 22,500-MW Three Gorges hydroelectric plant, state news agency Xinhua says.

A Three Gorges official says Wednesday’s earthquake was “shallow-focus” rather than “structural,” meaning it could have been triggered by water pouring into caves or the excavation of mine shafts in the region.

Critics of the project say Three Gorges itself is causing the earthquakes, noting that about 19,000 “slight or ultra-slight” earthquakes have been recorded since the reservoir first began holding water in 2003.

But Niu Xinqiang — head of the Yangtze River Institute of Survey, Planning and Design — says seismic activity has been decreasing over the years.

Three Gorges Corp. reports that all the project’s generating units and ship locks were also unaffected.