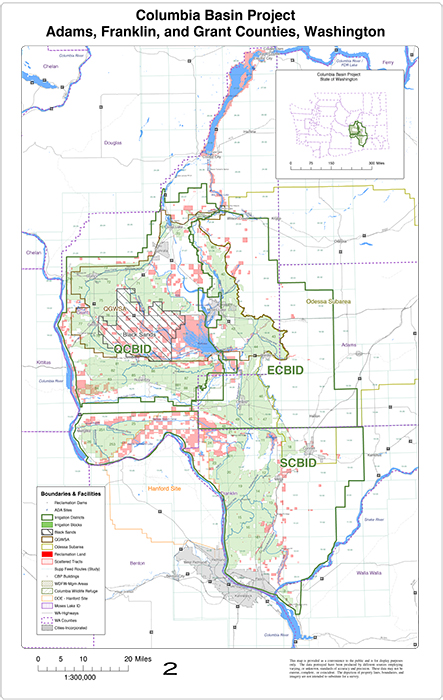 According to a CBDL press release, “Lemargie was awarded an honorary life membership for his tireless and dedicated support of the Columbia Basin Project and its continued development.”

Lemargie is an active honorary member and participant on the Washington State Water Resources Association Legal Committee and received their Leadership award in 1997.

According to the U.S. Bureau of Reclamation, the Columbia Basin Project is located in the central part of Washington in the counties of Adams, Douglas, Franklin, Stevens, Okanogan, Grant, Lincoln and Walla Walla.

The primary feature of the project is Grand Coulee Dam, which is located on the main stem of the Columbia River about 90 miles west of Spokane. The project area extends southward from the dam for more than 120 miles to Pasco, where the Columbia and Snake Rivers meet.

Other project features include the 6,800-MW Grand Coulee Power Complex and pump-generating plant; Banks Lake and Feeder Canal; the Main, West, East High and East Low canals; O’Sullivan Dam and Potholes Reservoir; and Potholes East Canal.  Construction of the East High and portions of the East Low canals has been deferred. The project was designed to provide irrigation water to just less than 1,100,000 acres of land within the project area, but full development of the project has been delayed. Currently, just over 500,000 acres of project lands have been developed.