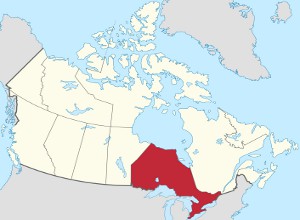 Construction of Hydromega Services’ 10-MW Okikendawt hydropower project has begun, according to a release from the Canadian energy producer.

The project — located adjacent to an existing dam that controls an outflow from Ontario’s Lake Nipissing into the French River — is a joint venture between Hydromega and the Dokis First Nation.

“The Dokis people have waited many years for this day,” Dokie Chief Denise Restoule said. “The Okikendawt project lays a sustainable foundation for our community for generations and generations.”

All energy generated by the small hydro plant will be sold to the Ontario Power Authority for a 40-year term via a Feed-In Tariff power purchase agreement.

Hydromega said the project was designed after extensive consultations with stakeholders in the Lake Nipissing and French River region, and that fishery habitats and sensitive ecological and archeological zones will be protected.

The partners said they were helped in the project’s development by the Ontario Power Authority, Hydro One, the Ontario Ministry of Natural Resources, federal departments of Aboriginal Affairs, Northern Development and Public Works, Government Services Canada and other local and federal municipalities.

“They were team players, and are clearly committed to clean and renewable energy-based economic development,” Restoule said.

Financing for the project was arranged by the Stonebridge Financial Corporation and funded by Industrial Alliance Insurance, Financial Services Inc., the Stonebridge Infrastructure Debt Fund 1 Limited Partnership, and the Royal Bank of Canada.

“We anticipate that construction of the project will take 18 months before the generating station is ready for operation,” Hydromega president Jacky Cerceau said. “Development of the project will lead to significant investment in constructionâ€related activities, services and equipment contracts with numerous companies, including The Miller Group and Andritz Hydro Canada.”

The Ontario Waterpower Association (OWA) offered its congratulations for the project.

“Building capacity in aboriginal communities is a significant importance to our association, and this project is an example of the positive and productive partnerships that are possible in waterpower,” OWA president Paul Norris said.