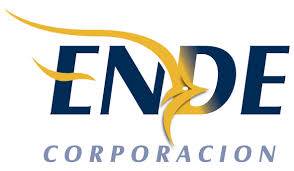 Empresa Nacional de Electricidad S.A. (Ende) has awarded a US$9 million contract to Asociacion AH Carrizal to complete the final design study for the 347-MW Carrizal hydro project in Bolivia.

Carrizal currently is envisioned to consist of three individual powerhouses with a total combined capacity of 347 MW. A fourth plant could be added to bring total capacity to 500 MW, according to hydrocarbons and energy minister Luis Sanchez.

The facilities would be located between the southern departments of Chuquisaca and Tarija and use water from the Camblaya River.
Hydropower in Bolivia accounted for nearly 25% of all electricity output in February 2016. Authorities in Bolivia envision hydropower accounting for 70% of the country’s electricity generation by 2025. Carrizal is part of Bolivia’s export-oriented energy push, BNamericas says.

Another project Ende is working to build is the 40-MW Rositas hydropower facility on the Grande River. Other hydro projects under way in Bolivia include 5-MW Huacata, 120-MW Misicuni, 1,600-MW El Bala and 200-MW Miguillas.