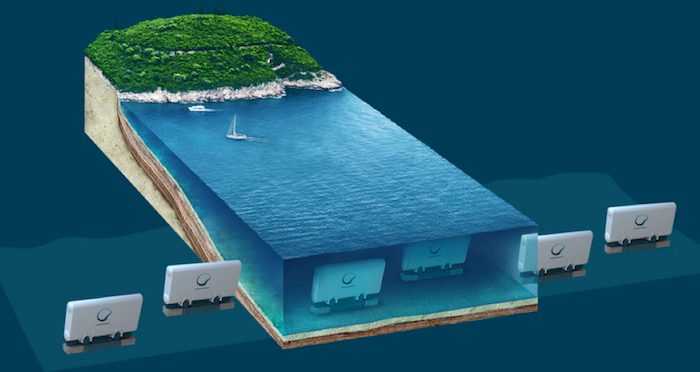 Conventional hydropower product and service provider Wartsila announced this week it will support the development of the latest WaveRoller marine hydrokinetic (MHK) wave energy convertor prototype with a series of sub-assemblies.

Finland-based AW-Energy developed the patented WaveRoller technology and has been operating three 100-kW test units off the coast near Peniche, Portugal, since 2012. In July 2016, the European Investment Bank announced it would invest up to €10 million (US$11.2 million) in AW-Energy to develop a 350-kW WaveRoller unit.

“Harnessing the energy of the oceans is one answer to the world’s growing need of renewable energy resources,” said Les Creak, general manager, Wartsila Hydro & Industrial services. “Emission-free wave energy has great commercial potential, and Wartsila is proud to work with AW-Energy in developing the WaveRoller.”

As MHK development continues throughout the world, established conventional hydropower product and service providers have opportunity to use or adapt for use their existing technology.

“This innovative energy production technology also gives us an opportunity to offer our products and expertise to attractive new markets,” Creak said.

Lloyd’s Register-Marine, an international provider of classification, compliance and consultancy services to the marine industry has reviewed aspects of the project, according to Wartsila’s announcement.

“We have carried out a review of the bearing unit design intended for the WaveRoller and inspected the manufacturing of these units,” confirms Richard White, project manager for Global & Offshore Projects at Lloyd’s Register. “These units are the first that have been accepted by Lloyd’s Register for this purpose.”

WaveRollers use an oscillating plate bolted to the sea floor, according to AW-Energy. The fiberglass/steel plate moves back and forth as waves roll in. Hydraulic piston pumps transfer fluid inside a closed circuit into a hydraulic motor that drives an electricity generator, creating an energy output between 500 and 1,000 kW per panel, depending on the intensity of the waves. The energy output is then transmitted via cable to an onshore power grid connection.

Finnish utility Fortum received a $19.12 million grant from the European Commission’s Horizon 2020 program in 2015 for a five-year wave energy research and development initiative. Fortum, since its entrance into MHK in 2007, has provided funding for the WaveRoller program.

In 2013, a research and development agreement signed by Fortum, French naval technologies manufacturer DCNS and AW-Energy led to a 1.5 MW wave energy project off the Brittany coast in northwest France.

Fortum was responsible for the project’s development while DCNS managed the site development and construction work, and AW-Energydeployed its WaveRoller units.

In 2009, a consortium led by AW-Energy received 3 million euros (US$4.4 million) from the European Union to demonstrate its technology off the coast of Portugal.Conventional hydropower product and service provider Wartsila announced this week it will support the development of the latest WaveRoller marine hydrokinetic (MHK) wave energy convertor prototype with a series of sub-assemblies.