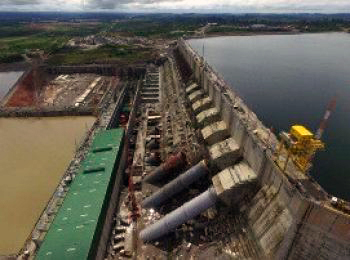 The operating license for Brazil’s 11.2-GW Belo Monte hydroelectric plant has been suspended by a federal court following allegations that the project’s owners did not meet environmental requirements.

Per an agreement made with the Brazilian watchdog organization Institute of the Environment and Natural Resources (Ibama), developer Norte Energia SA was to have provided basic sanitation works in Altamira before filling the project’s reservoir.

Prosecutors said those works were never completed, causing the court to suspend the operating license yesterday.

This suspension marks the second time Belo Monte’s has had its license suspended on accusations of near-identical reasons.

The US$26 billion plant was originally scheduled to begin commercial operation in February 2015. Norte Energia now estimates the US$26 billion project will be in full operation in January 2019, with repeated setbacks marked by  worksite occupations, approval cancelations, worker deaths and court-ordered work stoppages.

HydroWorld.com reported last June that Norte Energia had been ordered to pay close to $4.4 million in “moral damages” to those near the project.

More recently, a federal court revoked an injunction set by Brazil’s Institute of the Environment and Natural Resources (IBAMA) denied an operating license for the plant, saying its developer, Norte Energia, had failed to meet conditions required for its approval.

Belo Monte is being built on the Xingu River in Brazil’s northern Para State and will be the world’s third largest hydroelectric complex when completed. Belo Monte has a completion deadline of 2018, though Norte Energia filed a request for a construction extension this past June.

A federal court rejected a request in July from from a public prosecutor to suspend work on the project because Norte Energia was accused of failing to consult properly with aboriginal groups potentially affected by Belo Monte.

Most recently, four workers were abducted for their association with the project in March.lo Monte is on the Xingu River in Para State and began delivering electricity to the national grid of Brazil in April 2016. Norte Energia said 10 of its 24 generating units are now on line.