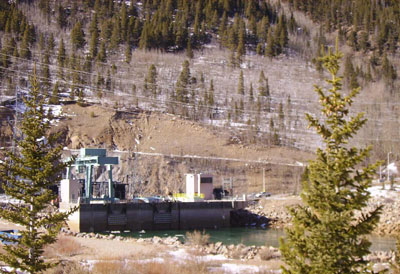 In a case involving a deadly accident in 2007, three vendors hired by an Xcel Energy subsidiary to do work at a hydroelectric power facility in Colorado have had an earlier legal victory upheld by the Colorado Court of Appeals.

The appeals court on May 2 upheld a lower court ruling that granted summary judgment to Structural Integrity Associates, KTA-Tator, and Graco, Inc. The three firms were hired, along with RPI Coating to perform certain tasks associated with the relining of the penstock at one of Xcel’s hydro facilities.

An Xcel Energy spokesperson noted that power company has not been involved in the case for three years.

While working at one of those sites, Cabin Creek hydroelectric plant near Georgetown, five workers died when a fire broke out inside the penstock pipeline.

In an unpublished opinion, the appeals court noted that Structural, KTA, and RPI each had its own contract with Xcel and no contract with one another.

“Unlike the Structural and KTA contracts, however, RPI’s contract provided that it was responsible not only for its own employees’ safety, but also for the safety of “all other persons on or around the Project,” according to the court.

On Oct. 2, 2007, RPI employees brought a flammable solvent, methyl ethyl ketone (MEK), into the penstock to clean an electric sprayer that Graco had manufactured and that was being used to apply an epoxy coating to the penstock walls.
RPI employees used the MEK to clean the sprayer.

Plaintiffs are the dead workers’ families and four of the injured employees. Plaintiffs also sued Xcel and RPI but later settled those claims.

“Here, although plaintiffs contend that Structural and KTA engaged in misfeasance related to the fire, the evidence on which they rely does not support this contention,” the state appeals court held.

Plaintiffs cite no evidence, however, that Structural and KTA collaborated with RPI when RPI engaged in the activities that caused the fire, the court said.

Plaintiffs have cited no evidence to explain why these detailed warnings, which addressed the precise danger at issue here, were inadequate.

“[T]he manual and label clearly, accurately, and unambiguously indicated the precise danger at issue here, namely, that a user’s failure to ground a sprayer properly creates a risk of a fire or explosion,” the court said.

“Accordingly, we conclude that the warnings provided here were adequate as a matter of law,” the appeals court held.

Editor’s Note: This story was provided to HydroWorld by GenerationHub.com.

A visit to the 324-MW Cabin Creek hydropower project is being by offered by Xcel Energy as part of a HydroVision International 2013 technical tour. For more information, or to register for the tour, click here.