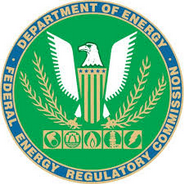 It has been just over 10 years since the FERC-D2SI developed Chapter 14 of the Engineering Guidelines introducing the Potential Failure Modes Analysis (PFMA) and the Dam Safety Surveillance and Monitoring Program (DSSMP). The goal of Chapter 14 was to raise owners’ awareness of the ways their dam(s) might fail and to assure that appropriate surveillance and monitoring programs were in place to provide sufficient warning of a developing failure mode so that remedial actions could be implemented in a timely manner.

In reviewing PFMA, FERC-D2SI has noted that many Potential Failure Modes (PFM) were not fully developed and did not provide the information necessary to develop an adequate surveillance and monitoring program. Unfortunately, in some cases we have had failures modes described as simply “piping” or “overtopping” with no further information. A fully developed PFM should describe the initiating condition, the location, the various steps in the progression of the failure mode where intervention may be possible, and the final failure of the dam.

Having fully developed failure modes is essential to developing a robust surveillance and monitoring program. FERC-D2SI will be conducting workshops in 2015 that focus on the link between PFMAs and the DSSMP and the instrumentation and surveillance procedures that are critical to dam safety.

FERC-D2SI will also conduct workshops on the requirements of Part 12D Independent Consultant inspections and reports. The Part 12D inspection requirement was initiated in 1981 nearly 35 years ago and is a cornerstone of the FERC-D2SI dam safety program.

Many projects have had six inspections and, based on review of recently submitted reports, it appears that in some cases the reports are essentially copies of prior reports — including the misspellings — that the consultant did not thoroughly inspect critical features of the dam such as the toe of embankment dams, etc. FERC-D2SI has in some cases rejected these reports as patently deficient and required the owners to correct the shortcomings.

Part of the problem may lie in the fact that small changes in a dam’s behavior are hard to detect and, over a number of years, be thought of as “normal”. Diane Vaughan describes this as normalization of deviance. 1

Edward A. Thomas, in Liability for Water Control Structure Failure Due to Flooding states:

In determining if and how much care a dam owner had a duty to provide, the usual standard is how much care an ordinarily prudent person in a similar circumstance would take.

Dean Thayer of Harvard University indicated that the duty of care in circumstances where life and limb were at stake is the highest possible. Thayer indicated that:

An ordinary prudent person engaged in an enterprise which involved substantial risk would not only take every precaution to inform himself of the dangers of his enterprise before undertaking it, and to guard against such dangers in construction, but also to use unremitting diligence in maintenance and inspection.” 2

The purpose of the workshops is to ensure that both owners and consultants are clear on the requirements of Part 12D reports and the critically important benefit a carefully conducted independent inspection provides to the dam owner.

All of the above items should be directly related to an owners’ dam safety program (ODSP). Ultimately it is the owner who is responsible for assuring the safety of a dam and the surveillance and monitoring program is just one, albeit very important, part of an ODSP.

FERC-D2SI is continuing development of its Risk-Informed Decision Making program. Selected draft chapters are available for review and comment on the FERC website. Additional training opportunities will be posted on the FERC-D2SI website.

An emerging issue is the increasing use of remote operation of hydroelectric projects. In 2010 two people drowned when spillway gates at a project were operated remotely. In Sweden, a dam failed when failures in the SCADA system left the remote operator with erroneous information.

FERC has no immediate plans for an initiative in this area other that keeping informed or further incidents and keeping the dam safety community informed.

2 Liability for Water Control Structure Failure Due to Flooding