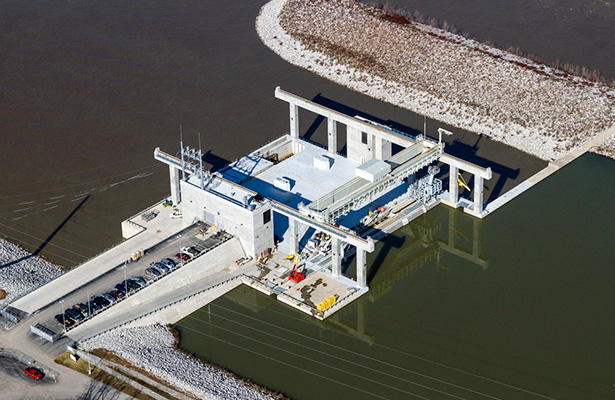 American Municipal Power and the city of Hamilton held a dedication ceremony for the 105-MW Meldahl hydroelectric plant on June 2.

According to the Journal-News, about 200 people attended the ceremony, and state officials from Kentucky presented a flag of the commonwealth to fly at the hydro facility.

The plant is located at the Capt. Anthony Meldahl Locks and Dam and the city of Hamilton will receive 51.4% of the electricity produced, with AMP receiving the remaining share on behalf of its participating members.

The three-unit Meldahl plant began full commercial operation in April 2016, with the first unit beginning operation in January 2016 and the second in February 2016.

“This is the largest of the four hydro projects AMP members are developing on the Ohio River,” said AMP President and CEO Marc Gerken. “The facility is an important component of our members’ long-term power supply strategy and truly represents an investment in the future. This has been a long journey and I want to commend all involved both at AMP and the City of Hamilton for their commitment, professionalism and diligent efforts to reach this point.”

Gerken will be a featured keynote speaker at HydroVision International, July 26-29 in Minneapolis.

AMP is developing other hydro projects, including 70.2-MW Greenup.