Projects of significance from five world regions reveal development activity is still strong, with a total combined cost of US$18 billion for this nearly 11 GW of capacity.

Portuguese utility Iberdrola is developing a trio of hydro projects in the country’s northern region, including a pumped storage plant that will be one of Europe’s largest upon its completion.

Despite continual growth across other renewable sectors, the global development of hydroelectric power has remained strong.

According to data from the International Hydropower Association’s most recent Hydropower Status Report, issued in 2017, this translated to 31.5 GW of new installed capacity in 2016 – upping the world’s cumulative hydroelectric capacity to about 1,250 GW.

IHA’s figure includes 6.4 GW of new pumped storage capacity – an amount nearly double that of the previous year – and this number continues to rise as utilities and grid operators look to offset the intermittency of ever-growing wind and solar fleets.

Highlighted in this issue of Hydro Review are projects of note that are under construction in the five major world regions. Combined, these projects account for nearly 11 GW of hydroelectric power that will be going on line in the coming years at a combined cost of US$18 billion.

About the Project: Once completed, the Grand Ethiopian Renaissance’s massive 510-foot-tall, 5,840-foot-long roller-compacted concrete dam is expected to create a reservoir with a capacity of 70 km3.

The facility has caused controversy since its conception, due in large part to its impoundment of the Blue Nile River. This has caused significant concern in Sudan and Egypt – particularly the latter, where more than 85% of waters in the Egyptian Nile flow from the Blue Nile.

The countries have held a series of tripartite discussions seeking to resolve the long-standing water use issues, though the parties have yet to agree on a joint decision.

The project is nearing 70% completion and is expected to begin trial runs of generating equipment soon, according to developer Ethiopian Electric Power.

Electricity is reported to be generated by 16 Francis-style turbines, to be spread between two powerhouses.

About the Project: Originally called the Upper Seti project, Tanahu (or Tanahun) was among 10,000 MW-worth of hydroelectric plants identified as a priority by the Nepalese government in 2009.

The plant is being developed by Nepal Electricity Authority subsidiary Tanahu Hydro Ltd. along the Seti River and represents the country’s first major pumped storage project.

Its importance to Nepal’s grid has drawn funding from a number of foreign investors, with money coming from the European Investment Bank, Abu Dhabi Fund for Development, Asian Development Bank and Japan International Cooperation Agency.

The upper reservoir will be formed by a 140-meter-tall by 175-meter-long concrete gravity dam, with water to be drawn from and discharged to the Seti River.

Power generated by the facility’s two Francis turbines is expected to help meet peak power demands for a minimum of six hours per day.

About the Project: Described by developer Iberdrola as the “heart” of a 1,200-MW complex that also includes the conventional Daivoes and Alto Tamega hydro plants. Gouvaes will be one of the largest pumped storage projects in Europe upon its completion, with a powerhouse outfitted with four reversible pump-turbine units.

The trio of plants will be located on the Torno River in northern Portugal and are an integral part of Iberdrola’s efforts to expand its wind and solar generation.

Iberdrola won the concession to build and operate the plants in 2009, at which point a third 113 MW conventional hydro project, called Padroselos, was also planned. 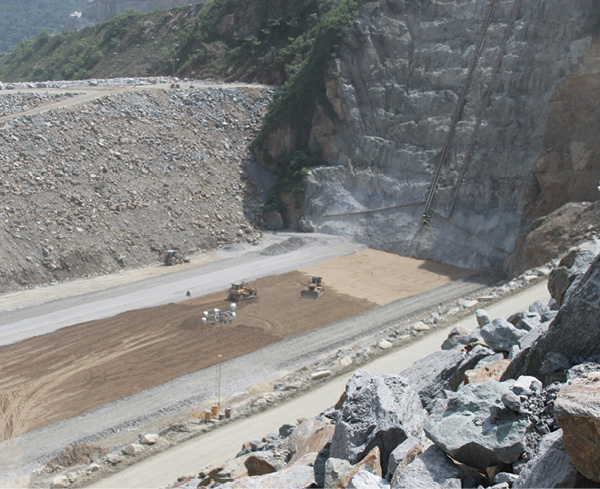 Work on Colombia’s Ituango is ramping up, following three decades of delays caused by economic uncertainty.

About the Project: Work on Ituango was on the cusp of completion with testing of the plant’s first-of-eight Francis units slated for later this year, but two falls of rock and soil in late April caused a partial obstruction of one of the plant’s diversion tunnels. The owners is currently working to deal with the problem.

The complex includes a 740-foot-tall earthfill embankment dam, creating a reservoir nearly 80 miles long that will cover 15 square miles.Displacements caused by the reservoir – alongside allegations of graft in the plant’s tendering process – have made the project controversial, though that hasn’t stopped a recent bevy of recent loans aimed at ensuring Ituango’s completion.

The plant is being developed by EPM Ituango, which is comprised of utility company Empresas Publicas de Medellin and the Antioquia government. 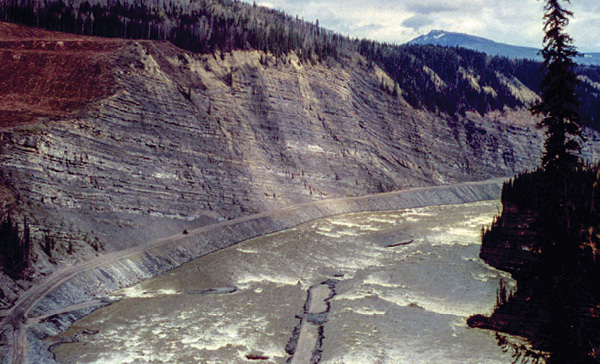 About the Project: The province of British Columbia finally answered the question as to whether construction of the Site C project would proceed or not in December 2017, when Premier John Horgan announced that the cost of canceling or suspending the controversial project would exceed that of finishing it.

Projected costs associated with the plant – to be located on the Peace River near Fort St. John – have ballooned significantly since its inception in the late 1970s, though the province argues it is still cheaper not to forfeit money already spent on development and site preparation work.

Despite developer BC Hydro awarding three key construction and supply contracts in March, the plant’s timeline is still somewhat murky, with lawsuits from the West Moberly and Prophet River First Nations looming. Hearings are expected to take place in July, though their threat has already caused temporary work stoppages.

The Site C dam will be a 60-meter-tall, 1,050-meter-long earth-fill structure, with power to be generated by six Francis-type turbines.

For a more in-depth look at development activity in each world region, see the recurring “Market Brief” features appearing in past and future editions of Hydro Review. Updates can also be found daily via the “World Regions” menu at HydroWorld.com.