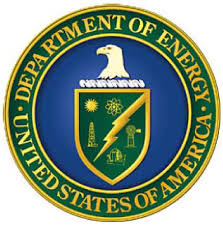 A new funding opportunity from the U.S. Department of Energy could help finance marine power technology and component development with as much as US$13 million in funding awards.

DOE said it will make up to 10 awards for use in “developing advanced controls, power systems, and device structures specifically for marine and hydrokinetic (MHK) applications, which harness energy from waves, tides, or currents.”

A release said the department “intends to support projects that increase the power-to-weight ratio of MHK devices or improve system reliability” by investing in the following component technologies:

Applicants are asked to submit their letters of intent by May 13, 2013. More information can be found on DOE’s Water Power Program webpage here.

America’s wave energy potential could account for as much as 1,420 TWh annual, or about a third of the United States’ total yearly power usage, according to DOE.

HydroWorld.com previously reported that another DOE program will see investments of up to $1.9 million to hydrokinetic environmental effects studies and monitoring.