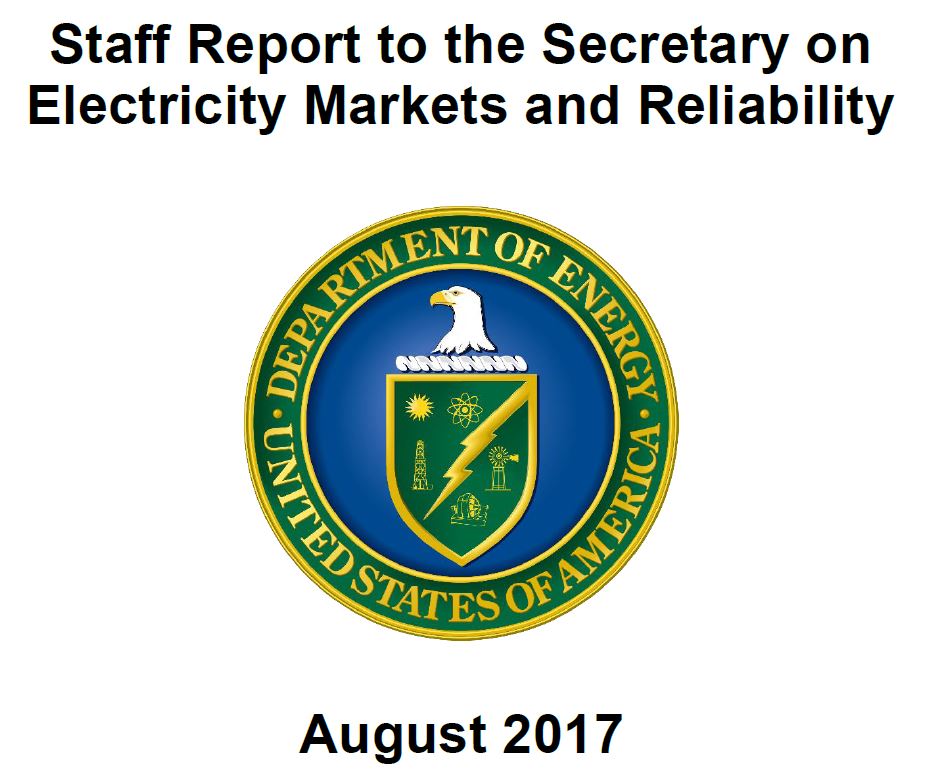 A recent report could provide some valuable support for U.S. hydropower. The report was prepared to answer a request from Energy Secretary Rick Perry for a study of the reliability and resilience of the electric grid and an overview of the evolution of electricity markets.

U.S. Department of Energy staff say this study evaluates the present status of the electricity system but also exercises foresight to help ensure a system that is “reliable, resilient, and affordable long into the future.” I don’t expect that much of the information regarding hydropower that the report provides is particularly groundbreaking for those who work in the hydroelectric power industry, but it is good to see it reinforced to Perry, whose exact attitude toward hydropower is unclear.

For context, last year natural gas replaced coal as the leading source of electricity generation, for the first time in history. As the report says: “Low-cost, abundant natural gas and the development of highly-efficient NGCC [natural gas-fired combined-cycle] plants resulted in a new baseload competitor to the existing coal, nuclear, and hydroelectric plants.”

In addition, rather than being attributable to the growth of variable renewable electricity sources such as wind and solar, “The biggest contributor to coal and nuclear plant retirements has been the advantaged economics of natural gas-fired generation,” the report says.

With regard to the grid, the report says: “Hydropower, nuclear, coal and natural gas power plants provide ERS [essential reliability services] and fuel assurance critical to system resilience.” In addition, “While some hydropower plants are operated as baseload resources, many also support the dynamic behavior of grid operations by offering a full range of ancillary services, including load following, spinning and non-spinning reserve, and voltage and frequency support.”

How hydropower fits in

The report indicates that hydropower facilities are the oldest of the existing generating technologies, with the capacity-weighted average age of U.S. hydro plants being 64 years. “However, with routine maintenance and refurbishment of turbines and electrical equipment, the expected life of a hydropower facility is likely to be 100 years or more.” This is reflected in the number of facilities eligible for induction into the Hydro Hall of Fame each year. These plants must have operated continuously for 100 years or more, showcasing the long-term value of this generating asset.

In further recognition of the value of this technology, there has been significant investment in keeping the facilities operating reliably or even increasing generation. “From 2007 to 2016, the industry invested at least $8.7 billion in refurbishments, replacements, and upgrades to hydropower plants at 143 hydropower facilities, including $1.2 billion and 34 plants in 2016 alone,” DOE says.

However, it is undeniable that regulatory timelines are complicating hydro development. “Because of the complexity of the regulatory processes and numerous agencies involved, hydropower licensing timelines often are cited as being among the lengthiest and costliest for energy projects in the United States,” the report says. DOE determined that of 29 projects that came online from 2005 to 2013, the media project took more than 15 years from application to operation.

“DOE and related Federal agencies should accelerate and reduce costs for the licensing, relicensing, and permitting of grid infrastructure such as nuclear, hydro, coal, advanced generation technologies, and transmission,” the report says. “Specific reforms could include … encourage[ing] FERC to revisit the current licensing and relicensing process and minimize regulatory burden, particularly for small projects and pumped storage.”