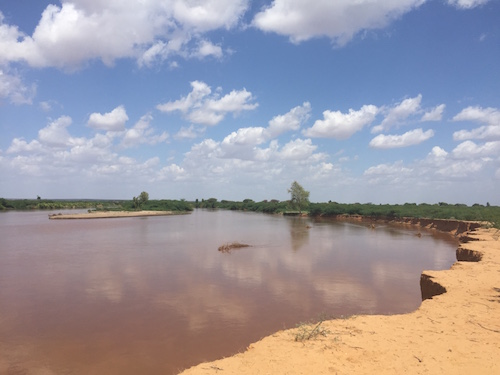 Kenya’s 40-MW Masinga plant will be forced offline within the next two weeks should rain not break the region’s ongoing drought soon, government officials said during a session earlier today.

Speaking at a meeting with Kenya‘s Energy Parliamentary Committee, Cabinet Secretary Charles Keter said “water levels are too low to allow continued generation of electricity at the station,” adding the hydropower plant’s closure could come before the end of the month.

The run-of-river facility, located on the Tana River between the borders of Embu and Machakos counties, is operated by the Kenya Electricity Generating Co. KenGen considered raising its 200 foot-tall dam a decade ago, though the plan was eventually scrapped due to its anticipated cost.

Masinga was shuttered twice in 2017 due to similar drought conditions.

“Last year was very bad,” Keter said. “But if it rains in March or April we will be OK. [The waterline is] still about five meters above sea level.”

Compounding Kenya’s problem are mounting water shortages behind a number of other hydro projects — notably the 80-MW Sondu Miriu, which, according to Keter, is currently generating less than 10 MW.

“If the dam levels go down, the implication is that we have to use a lot of thermals,” he said.

An increase in Kenya’s reliance on fossil fuels would only continue to drive up power costs which, according to the country’s National Bureau of Statistics, have already risen by more than 20% over the past year.