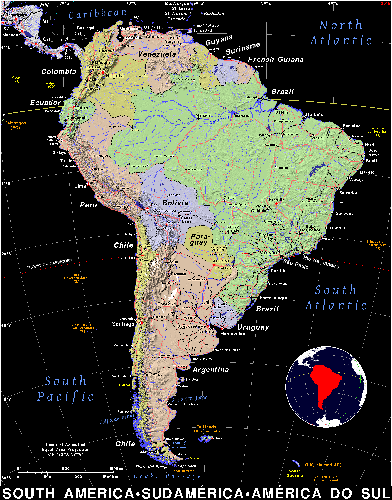 Several published reports place the blame on the El Nino weather phenomenon for months of sustained droughts in Venezuela and other countries that include: Brazil, Colombia, Chile and Mexico.

While the droughts have caused immeasurable amounts of social and economic damage, one measurable consequence of El Nino-related diminished precipitation can be found at the dam of one of the world’s largest reservoirs.

Guri Dam is a concrete gravity and embankment dam in Bolivar, Venezuela, that impounds the Caroni River creating the Guri Reservoir. The reservoir provides flow for the world’s third-largest hydroelectric facility, the 10.3-GW Simon Bolivar project.

According to a report from Caracas-based news organization, La Nueva Televisora del Sur (teleSUR), the Venezuela’s Ministry of Electrical Energy said Guri Reservoir is at a critical juncture because its water levels are just over 1.6 meters above the point at which the dam could possibly “collapse.”

According to Venezuela’s National Electric Corp. (Corpelec), printed technical data for the dam’s safe operation says the dam reaches the “collapse zone” when water levels in Guri Reservoir are at or below 240 meters above sea level.

Guri Reservoir was built in the 1960s at a cost of US$850 million and its water level is controlled by state-owned CVG Electrification del Caroni C.A. The reservoir’s maximum depth is 492 feet and its water volume is 109,446,281 acre-feet.

On March 29, Corpelec reported the water level in the reservoir was 244.9 meters above sea level.

Additionally, the agency said on April 30 that as water levels approach 240 meters above sea level, the low levels endanger the operational safety of the powerhouse’s eight turbines at the Simon Bolivar hydroelectric project.

According to the National Oceanic Atmospheric Administration, El Nino is a recurring climate phenomenon, characterized by unusually warm ocean temperatures in the equatorial Pacific, that increases the odds for warm and dry winters across the northern U.S. and cool, wet winters across the south.

The pattern can shift back and forth every two to seven years, disrupting weather patterns across the globe.

In April, according to published reports, the Colombian government prepared to ration electricity because of drought in the South American country where, according to its Ministry of Energy, it receives almost 70% of its power is from hydroelectric generation.

According to reports from teleSUR, the drought has also hit power production at the 14-GW Itaipu hydroelectric project on the Parana River between Brazil and Paraguay.

Water levels at many other hydroelectric facilities across the country have dropped to dangerously low levels and the lack of precipitation has caused power producers to use fossil fuels, which are more expensive and produce more carbon emission than hydropower.