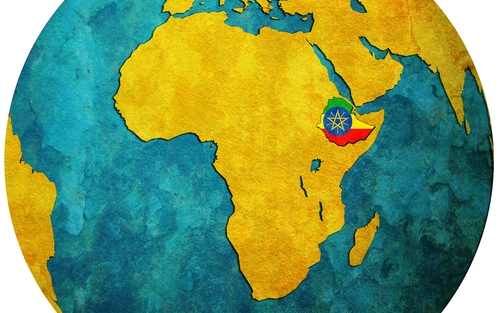 A severe water shortage in Ethiopia is causing power shortages in the east African country, which relies heavily on hydroelectricity for the bulk of its energy supply.

According to Prime Minsiter Hailemariam Desalegn, a poor rainy season has already caused a shutdown of the 320-MW Tana Beles hydropower project, while the 300-MW Tekeze plant is generating just 10 MW due to a low reservoir. Shortages at the 42-MW Koka and 153-MW Melka Wakena have also been reported, with problems at a substation associated with the 184-MW Gibe 1 and 420-MW Gibe 2 plants are also adding to the strain.

Ethiopia — Africa’s second-most populated country — receives more than 90% of its total power from hydroelectric sources. The country said its hydro production was about 2,300 GWh through Fiscal Year 2014-15, representing an increase of 3.5% from the same period the year before.

HydroWorld.com has previously reported that the country is still working toward building a number of major hydropower projects, however, with the 6,000-MW Grand Ethiopian Renaissance, 1,870-MW Gibe 3, 1,450-MW Gibe 4, 660-MW Gibe 5, and 385-MW Geba 1 and 2 all in various stages in their development.