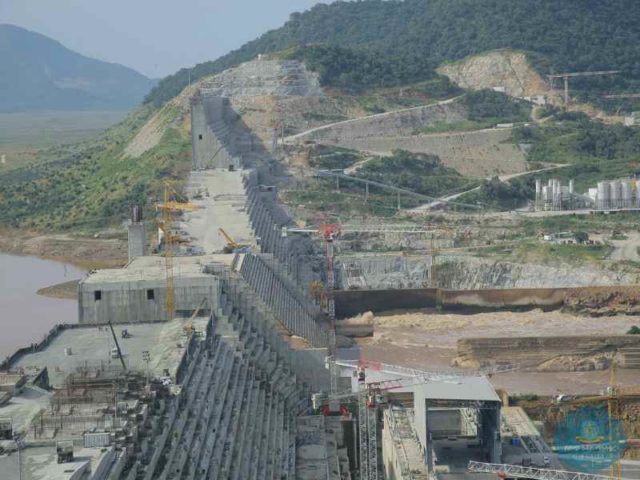 The greatest similarity between Ethiopia and the Democratic Republic of Congo (DRC) is arguably their hydropower potential. Africa’s two largest rivers flow between their borders, with a major source of the Nile in Ethiopia, and the Congo River winding through the DRC. The two countries are therefore both in a prime position to develop hydroelectricity. However, they are also fundamentally different.

While the DRC suffered true horrors under Belgian colonisation (Hochschild, 2006), Ethiopia is Africa’s oldest independent country, and is held never to have been colonised (BBC News, 2018). This difference in historical background may affect the outcomes of any hydropower projects. Specifically, it may influence the current large hydropower projects in Ethiopia, the Grand Ethiopian Renaissance Dam (GERD), and the DRC’s Grand Inga Dam (GID). Postcolonial theory may therefore be useful in evaluating the potential of these hydro dam projects (Young, 2001), and the challenges to their viability.

Viability of the hydropower projects

Located on the Blue Nile River in the northwest of Ethiopia, the GERD project is in the process of construction, and is expected to generate around 6,000 MW of electricity (Batisha, 2015). This is less than is expected from all phases of the GID, 44,000 MW (Green, Sovacool, & Hancock, 2015).

However, it is significantly more than the 4,500 MW that the next phase of GID will generate, once it has been constructed on the Congo River in the west of the DRC (Kruger, 2017).

In order for this potential to be met, both countries must struggle with obstacles rooted in colonial history, and these are on two levels.

The first lies in the area of social well-being, and here the DRC faces greater challenges due at least partly to its particularly oppressive colonial experience (Hochschild, 2006). Today, the country is very poor, with a GDP per capita in 2016 of $405.5 (World Bank, 2017b) and electricity access of only 13.5% (World Bank, 2017a).

The economic position of the DRC reduces its control over its hydropower, which must be funded through international loans that repeatedly cause delays in maintenance and construction (Kruger, 2017). Further, it means that the country is constrained in delivering project benefits to its own population.

Despite very low levels of electricity access, much of the electricity from the next phase of GID must be sold to South Africa to make the project financially viable (Kruger, 2017).

However, it does not have the same colonial legacy. Ethiopia saw much poverty reduction from 19941997 (Bigsten, Kebede, Shimeles, & Taddesse, 2003), and has the fastest growing economy of any African nation, at 10.9% in the decade preceding 2015 according to the IMF (Davison, 2015).

This stronger economic position may increase Ethiopia’s control over the GERD, which has been funded primarily through government bonds (Davison, 2015; Ethiopian Embassy Russia, 2017).

In this way, the socio-economic position of the two countries is historically rooted. It is likely to affect the viability of their hydropower, and the extent of local benefit. However, there is a second level of historical colonial impact, which can be read in the regional landscape and the relationships between countries.

Here, Ethiopia is more affected. Although the country itself was not colonised, the Nile River flows through many other countries, all of them postcolonial. The Nile has historically been governed through colonial-era treaties which divided water use rights exclusively between Egypt and Sudan (under Britain), and restricted activities of upstream countries (Yihdego, 2017).

Today, Egypt has opposed the GERD due to its “historical rights” from these treaties, although Sudan has not (Yihdego & Rieu-Clarke, 2016). This may be because Egypt has less of a need for a nearby energy project than Sudan.

Electricity access in Egypt is at 99.8%, while in Sudan it is at only 44.9% (World Bank, 2017a). Regardless of motivations, Ethiopia must consider more than internal factors in developing hydropower.

Ethiopia is caught in a web of colonial-era treaties, which were designed to benefit colonial powers that no longer exist (Yihdego, 2017).

By contrast, the Congo River is positioned almost entirely within the borders of the DRC. This simplifies the management of GID, and means that external diplomatic negotiation is not necessary. The viability of GID is increased through an accident of arbitrary colonial border placement, while a similar accident reduces the viability of the GERD. In both cases, past colonial policies have a distinct impact on present hydro dams.

The above analysis using postcolonial theory cannot give a definite answer as to the viability of the two largest hydroelectric projects in Africa.

However, it can point to the most difficult obstacles in both cases, and make suggestions as to their origins. Such an analysis is particularly important due to the size of the projects, and their potential benefits.

In this case, postcolonial theory points to the greatest threats of the viability of these two hydro dams. In the DRC, these threats are related to financial dependence, while in Ethiopia the manner in which regional diplomatic issues are resolved will have a great impact on local benefit.

These are the issues that must be carefully negotiated so that hydro dam projects can truly bring benefit to the postcolonial world.

This article first appeared in ESI Africa Edition 3, 2018. You can read the full digital magazine here or subscribe here to receive a print copy.

Ruth Kruger is an independent researcher at the Universities of St Andrews and Lund (UK and Sweden) and a sustainability scientist with a particular focus on energy justice.