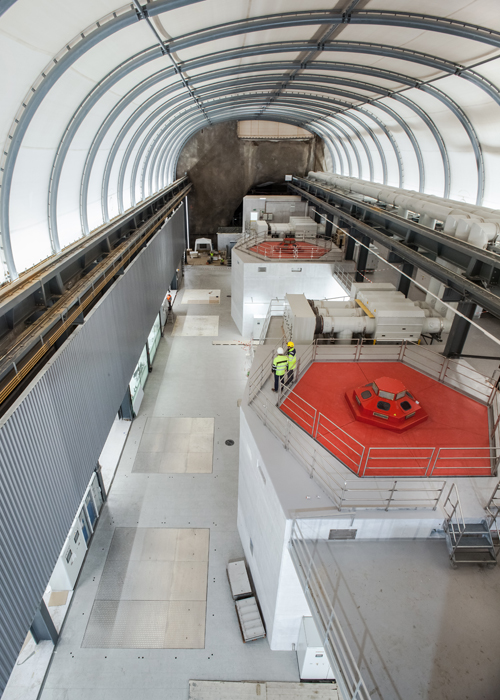 The addition of two new 120 MW turbines makes it the second-largest pumped storage plant in Switzerland, Alpiq said — not only contributing to the country’s power security, but also its contributions to the European Commission’s Energy Strategy 2050 gas emissions goals. 60 MW of the plant’s capacity will act as a reserve, helping balance Switzerland’s growing wind and solar sectors.

“Switzerland is fortunate to have a powerful hydroelectric infrastructure that enables it to take up the challenge of efficiently integrating intermittent energies into its energy system,” said Benoit Revaz, director of the Swiss Federal Office of Energy.

Feasibility studies for the FMHL expansion were conducted a decade ago. The pair of new turbines increases its output capacity from 240 MW and are house in a 100-meter long, 25-meter wide and 56-meter tall cavern with remote operation provided by Alpiq’s Centre d’Exploitation et de Gestion de la Production in Lausanne.

Switzerland’s 1,000-MW Linthal pumped storage project, inaugurated in January 2016, has the honor of being the country’s largest.