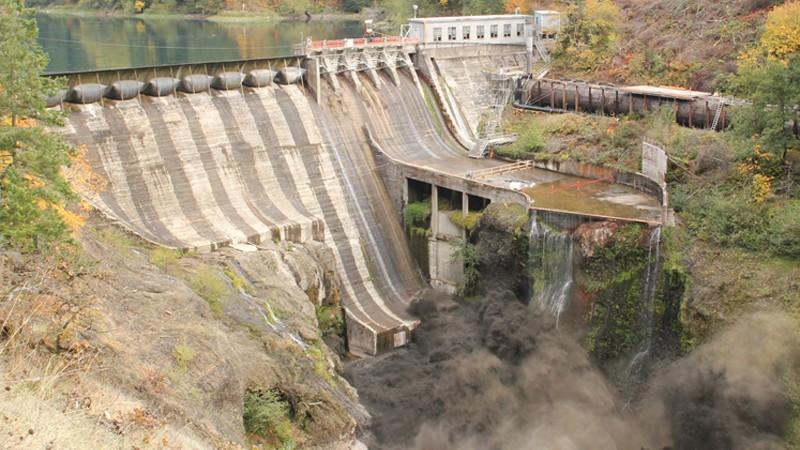 The Federal Energy Regulatory Commission has formally acknowledged the completion of all requirements for PacifiCorp’s physical decommissioning and removal of Condit Dam, which impounded water for a 13.7-MW hydroelectric powerhouse.

PacifiCorp says Condit was once the only man-made impoundment between Mt. Adams and the Columbia River and that the 125-foot dam was one of the largest dams ever removed in the U.S.

The Condit Project, located on the White Salmon River in Skamania and Klickitat counties, Washington, was completed in 1913 and produced hydroelectricity for the paper industry in Washington and the growing communities in and near Portland, Ore.

FERC accepted PaciCorp’s surrender of its license for Condit Dam in 2010 and approved the utility’s plan to remove the dam, 19 years after PacifiCorp attempted to relicense the project. PacifiCorp began in late August 2011 to remove the dam, fulfilling a multi-party settlement agreement signed in 1999.

The surrender of the FERC license by PacifiCorp marks the restoration of about 33 miles of historic spawning and rearing area for steelhead and 14 miles for salmon in the White Salmon River basin.