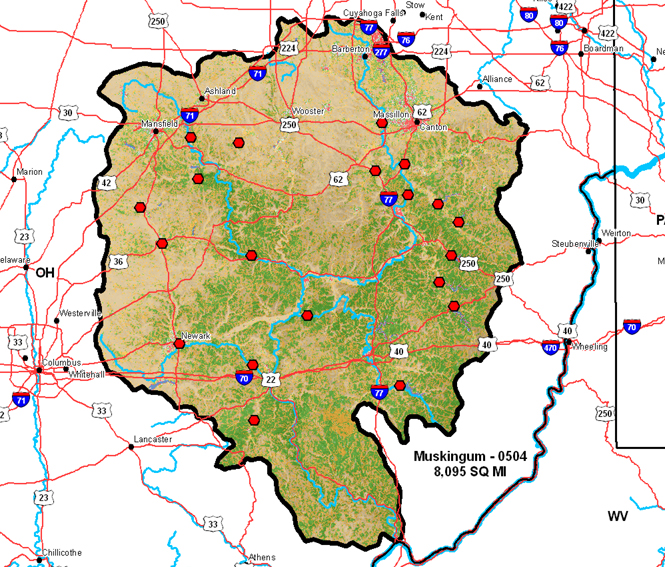 Subsidiaries of hydro developer Free Flow Power, all using variants of the Clean River Power name, filed applications in 2012 proposing to install seven hydroelectric plants on Ohio’s Muskingum River at existing locks and dams owned by the Ohio Department of Natural Resources. Based on a feasibility analysis, Free Flow subsequently withdrew an application for the 2-MW Zanesville Lock and Dam (No. 13412) at Muskingum River Lock & Dam 10, in Muskingum County.

Free Flow asked FERC in 2013 to expedite licensing of the projects so that they might qualify for federal investment tax credits before a deadline at the end of 2013.

In completing an environmental assessment of the remaining six projects, FERC staff recommended licensing the projects using the applicants’ proposals plus FERC staff modifications, which would result in 124,643 MWh of electricity annually and a combined 23 MW of installed capacity from a renewable resource that does not contribute to atmospheric pollution. The EA, issued Aug. 27, said recommended environmental measures as modified by staff would adequately protect and enhance environmental resources affected by the projects.

The environmental assessment may be obtained from FERC’s Internet site, www.ferc.gov, using the eLibrary link, General Search, by entering one of the docket numbers in the document number field, with a “P-” prefix and excluding the last three digits.