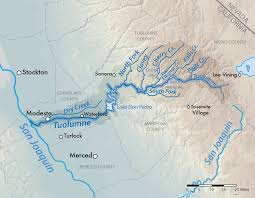 On April 28, 2014, the districts filed an application (amended on October 11, 2017) for the Don Pedro Project, located on the Tuolumne River in Tuolumne County, Calif. The Don Pedro Project occupies 4,802 acres of federal land administered by the U.S. Department of Interior, Bureau of Land Management (BLM). The districts jointly operate the facility, with TID having 68.46% ownership and MID 31.54%.

On Oct. 11, 2017, the districts filed an application for an original license for the existing La Grange Project, located on the Tuolumne River in Stanislaus and Tuolumne counties, Calif., immediately downstream of the Don Pedro Project. The proposed project boundary would occupy 14 acres of federal land administered by BLM.

The primary issues associated with relicensing and licensing the projects are:

In the draft EIS, commission staff recommended the staff alternative, which consists of measures included in the districts’ proposals, as well as many of the mandatory conditions and recommendations made by state and federal agencies and non-governmental organizations, and some additional measures developed by the staff.