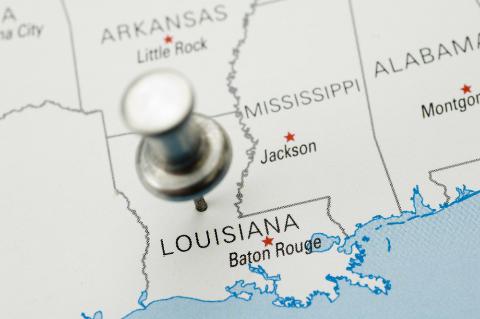 FFP New Hydro LLC’s acquisition of Red River Hydro gives the Boston-based renewable energy group the license to develop a hydropower plant on the Overton Lock and Dam in Louisiana.

The Overton complex, located on the Red River in Rapides Parish, is owned and operated by the U.S. Army Corps of Engineers.

Red River Hydro — a subsidiary of Symbiotics LLC — was awarded a license by the Federal Energy Regulatory Commission to develop a 78 MW hydroelectric project at Overton in May 2014. However, FFP New Hydro said in a release that the project is now expected to have a capacity of about 52 MW.

“The development of the Overton hydropower project will represent an investment of more than $130 million in the Rapides Parish, creating hundreds of jobs during construction, operations and maintenance,” FFP New Hydro CEO Ramya Swaminathan said. “This strategic acquisition will allow FFP New Hydro to grow its portfolio and benefit from economies of scale, which we believe is essential to the development of new hydropower on existing dams.”

FFP New Hydro is owned by affiliates of US Renewables Group and Crestline Investors Inc. The group has a portfolio of 23 hydroelectric plants in development that will have a combined output capacity of more than 260 MW.

In addition, HydroWorld.com reported in August that the group had closed a senior loan facility to develop a further 21 run-of-river projects across a five-state area, adding more than 200 MW of capacity to FFP New Hydro’s generating fleet.