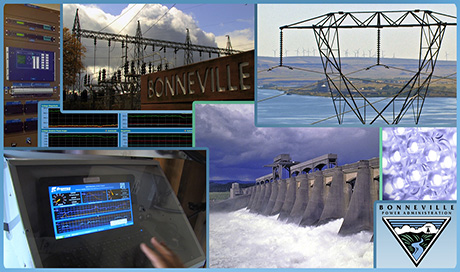 Fraunhofer Institute of Germany said it has created a simulation and optimization model to help Bonneville Power Administration fine-tune operations of the 22,000-MW Columbia River hydropower system in the U.S. Pacific Northwest.

Following projects in Germany and China, IOSB and Dutch-American company Deltares are working on the HyPROM project to develop a functioning simulation and optimization model to ensure best possible operation of the BPA hydroelectric system based on pre-defined parameters.

“Hydroelectric plants can be operated optimally only when you take all the variables into account,” Karimanzira said. “As an additional challenge, HyPROM takes on the complexity of the extensively networked Columbia River Basin dam system. It covers two different rivers with an average water flow of 7,500 cubic meters per second, 10 hydro plants, 10 reservoirs and an altitude difference of 350 meters.”

Researchers are working on expanding the model to better encompass energy-economic aspects including fluctuating availability of wind and solar energy and randomly changing market prices. The goal is to enable BPA to adjust its control and management system in under an hour to react to changing circumstances.

BPA’s Technology Innovation Office last year invited proposals for energy research to develop technologies to improve operation of the hydropower-based electric system in the Pacific Northwest. BPA also has worked with the U.S. Army Corps of Engineers and other federal agencies to define types of optimization pertaining to hydropower, ranging from optimization of an individual generating unit to coordination of multiple river basins and coordination of all of a region’s generating resources.