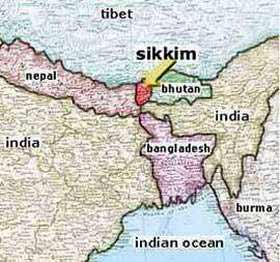 The 110-MW Chuzachen (also spelled “Chujachen”) hydropower plant, located on the Rangpo and Rongli rivers, is the first independent power project in Sikkim and was constructed under a build, operate, own and transfer (BOOT) agreement with the state’s government.

Also being developed by Gati Infrastructure are the 54-MW Bhasmey and 71-MW Sada Mangder hydropower projects.