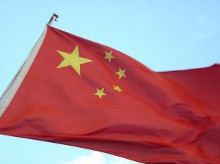 General Electric has been awarded a contract by the China Three Gorges Corp. to supply equipment for the 10.2-GW Wudongde hydropower project.

The deal, awarded to GE‘s Fairfield, Conn., renewables arm, calls for the manufacture and supply of six 850 MW Francis turbine generators and related equipment. The value of the deal has not been disclosed.

The US $15.4 billion Wudongde plant will be China’s fourth-largest hydroelectric facility once completed. The project is one of four being developed by China Three Gorges on the Jinsha River that will have a cumulative generating capacity of nearly 50 GW once complete.

Contruction on the project began earlier this month after China’s State Council gave its final go-ahead. The Wudongde facility will include a 270-meter-high dam that will create a 7.4 billion cubic meter reservoir.

The plant’s first units are expected to be in operation by August 2020, with the remainder to come on line by the end of 2021.