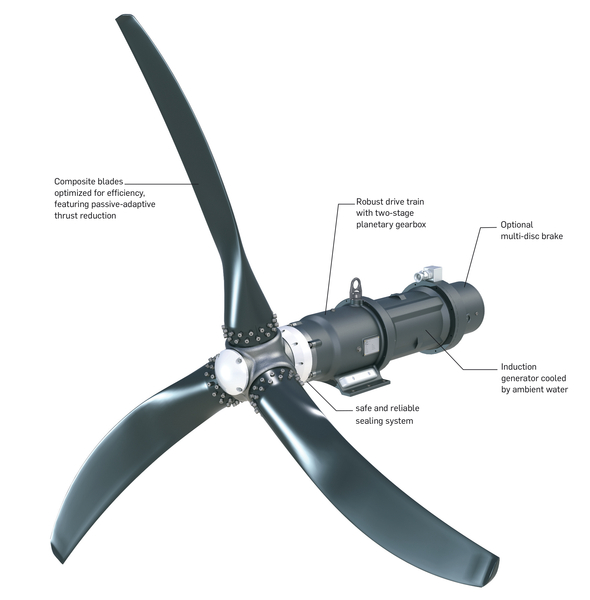 Lang is a naval architect who has been part of the company since 2011.

Schottel Hydro officially launched in November 2014 and it incorporates the company’s hydrokinetics business. The subsidiary is responsible for semi-submerged Triton platforms, the development of components that include turbine hubs and drives, and its new Schottel Instream Turbines (SIT).

The company thinks SIT design will allow for the potential of viable commercial power generation by harvesting hydrokinetic energy. Schottel Hydro said, “[The] multi-turbine principle leads to an optimum ratio of power and material use.” 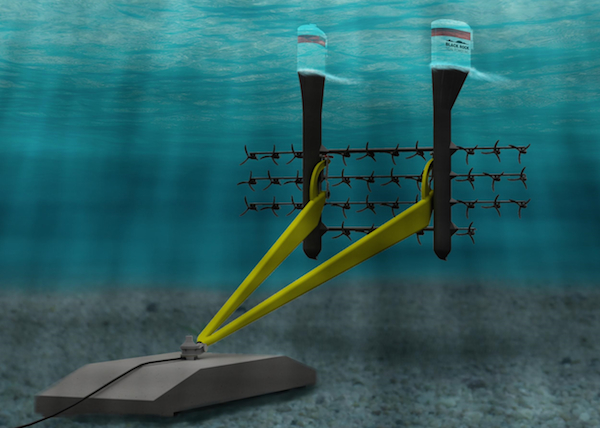 The company said it has tested SIT extensively in laboratory and in the field. “Pushing tests were performed using a harbor tug. By varying the speed of the tug, diverse flow conditions were simulated, measured and monitored from aboard the tug,” the company said.

Full-scale tests in a highly turbulent environment were performed in Strangford Narrows, Northern Ireland, according to information from Schottel. The tests included 260 operating hours and were carried out in accordance with the latest standards of the International Electrotechnical Commission.

“Each of the turbines is connected to a frequency converter feeding into a common direct current bus installed on the tidal platform,” according to the company. “The system thus includes redundancy and ensures a high availability of the power plant.”

Lang has experience as a researcher at the Institute for Fluid Dynamics and Ship Theory of the Hamburg University of Technology and has played a major role in the development of Schottel hydrokinetic energy devices, the company said.

“The simple turbine layout results in a robust and lightweight device,” Lange said. “In contrast to other instream energy converters with nacelle weights of 130 tonnes to more than 200 tonnes, a single SIT only weighs about 1 tonne.”

Company information indicates SIT turbines are scalable in terms of quantity, depending on the required output (e.g. 1 MW of installed power requires about 20 SIT).

The company said, “Hydrokinetic energy will play a major role as a future energy source and Schottel Hydro makes it commercially viable for utility-scale and community-scale network applications.”

Schottel Group is a diversified marine propulsion manufacturing company that in 2013 estimated it had about US$350 million in annual worldwide sales.