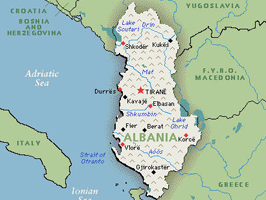 A non-governmental organization called Toka and other citizen groups are filing a lawsuit against the Albanian government for permitting a hydroelectric project planned for the Valbona Valley.

The Valbona Valley is located about 150 miles north of Tirana in the Albanian Alps and is a popular spot amongst tourists.

Toka, or “Earth”, argued the proposal could mar the region and has asked Albania‘s Administrative Court to “declare the absolute invalidity of the concession contract.”

Per the group’s president, Catherine Bohne, the hydropower plant could cause “serious and irreparable damage to both the natural environment, as well as the community’s social well-being.”

Toka has previously petitioned the country’s Ministry of Energy and Industry to halt more than a dozen small hydropower plants in various stages of development planned for construction in the Balbona Valley National Park. However, the group said the ministry has thus far ignored its claims, prompting the suit filed this week.