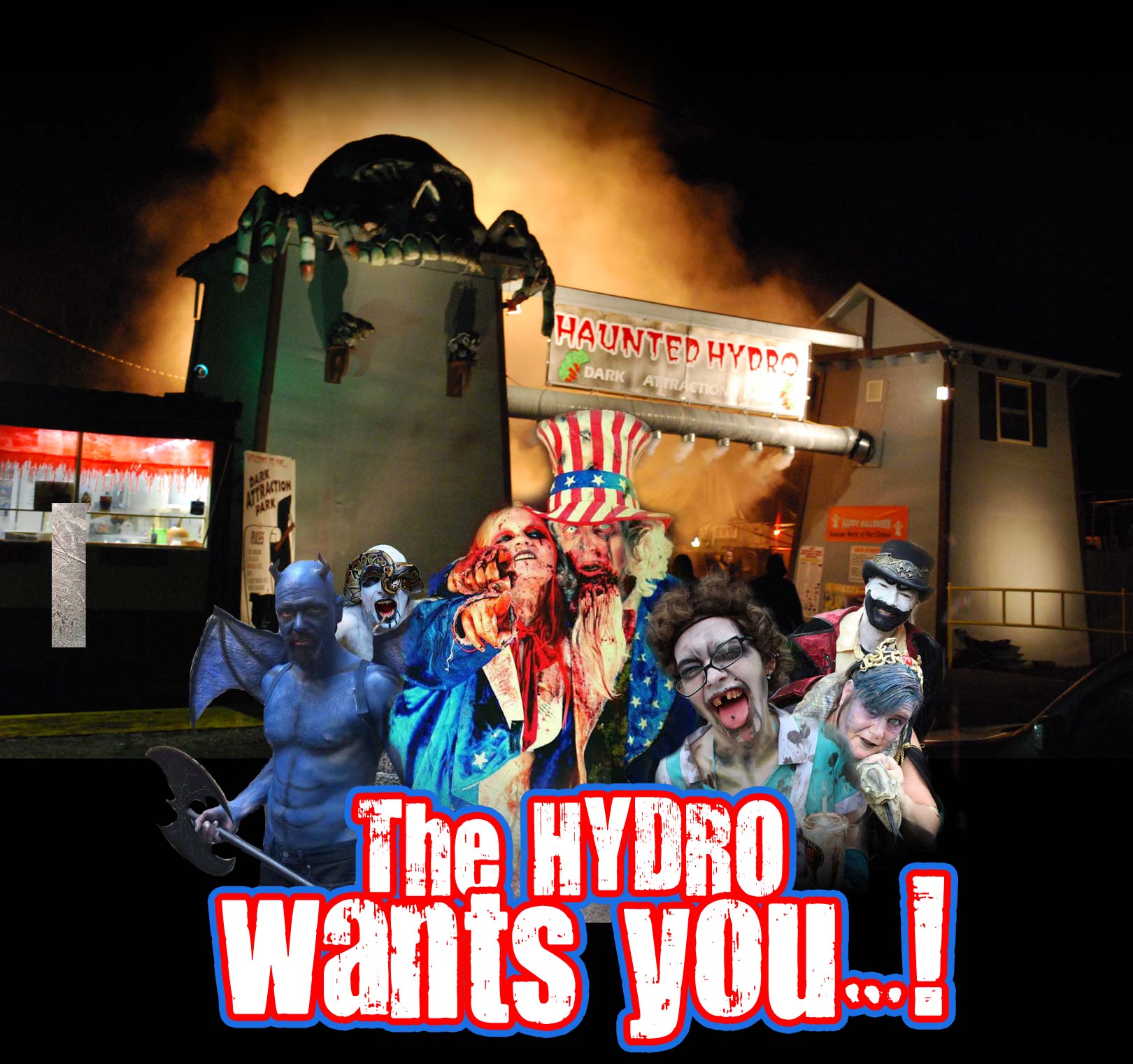 Halloween is my second favorite holiday of the year, and it gets even more fun as my kids get older (and less prone to nightmares after they see something scary).

So imagine my delight when I ran across: Haunted Hydro.

This amazing facility, located in Fremont, Ohio, opened in 1989 and was built in and around a hydroelectric plant that began operating in 1911 and was in use until 1943. Apparently Ballville Dam just upstream from the powerplant supplied the water. The powerhouse and the surrounding grounds are now a full-blown “attraction park” that features two haunted houses, stage entertainment, a gift shop, vendors and concessions.

There’s even a ghost hunter overnight package because, as the website says, “Many of our staff refuse to work in certain rooms in the hydro. It was built in 1911 and has had millions of gallons of water flow through it back when it was generating hydroelectric power for the city of Fremont. The hydro has survived two devastating floods that killed hundreds in the area. It was built on what many believe was sacred Indian land. [There are] rumors of men buried alive while building this massive property. Remember, water is believed to be a natural conduit to the spirit world.”

What makes this package even more “attractive?” is the fact that the lights are turned off and you are locked inside until the following morning (when you get complimentary breakfast). “Emergency flashlights” are on the list of items to bring.

* “All new Hydro Shock Collar.” (This one I do NOT get, but apparently it is a “high intensity extreme fear and fright experience found nowhere else,” death waiver required.)

* “Plan on arriving early so you can catch our traditional and amazing Ghoul-a-Bration opening show.” (Dance party, anyone?)

* And my personal favorite, “Hit the Haunted Hooptie for Charity” (Yep, pay money and you can beat a car with a sledgehammer. Great for your rage issues.)

So, if you’re ever in the Fremont area in the fall, stop by the Haunted Hydro Dark Attraction Park and tell me if it lives up to the billing. If you dare…

P.S. After I wrote this blog and before I could get it posted on our website, I ran into ANOTHER story about a “haunted” hydro facility. Imagine that! If you know of some others, tell me about them by sending me an email at elizabethi@pennwell.com or commenting below.