With less than four months remaining before HydroVision International, a trio of candidates are busy making last-minute preparations as they begin their sprints toward the Shirtlection 2016 finish line.

This year, PennWell Hydro Group Publisher Marla Barnes has left the selection of HydroVision International’s Dam Shirt design up to a popular vote, giving event attendees an unprecedented opportunity to decide which of three choices they will take home from Minneapolis, Minn.

“It really is damocracy in action,” said HydroWorld.com political correspondent Michael Harris. “And with three extremely strong candidates, voters are drawing hard party lines as we reach the heart of Shirtlection 2016 season.”

Results from the Tulsa caucus, held at PennWell’s headquarters in Oklahoma, established the three party frontrunners. In alphabetical order, their platforms are:

The Hydro Group has extended equal opportunity to representatives from each campaign to provide a brief statement, each of which is presented in randomly selected order for your consideration: 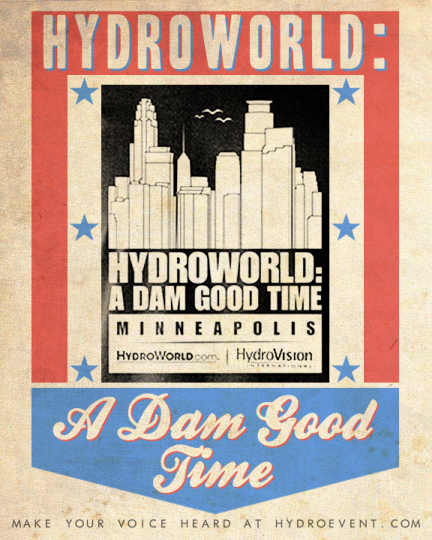 “Minneapolis — home to more than four million residents — is half of the famed Twin Cities, one of the nation’s largest metropolitan areas, and the second-largest economic center in the Midwest behind Chicago. What better choice is there then than Minneapolis’ majestic skyline? For a damn good time, cast your vote for A Dam Good Time.” 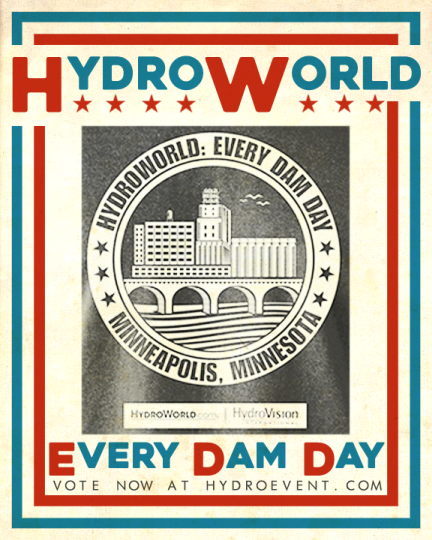 “Hydropower has a long, storied role in Minneapolis, exemplified by our candidate, the Mill City Museum. Can other candidates say they’re listed on the National Register of Historic Places? Or that they anchor the historic Saint Anthony Falls district? Can they claim a past that dates almost to the American Civil War? No. Stop milling around. Choose Every Dam Day.” 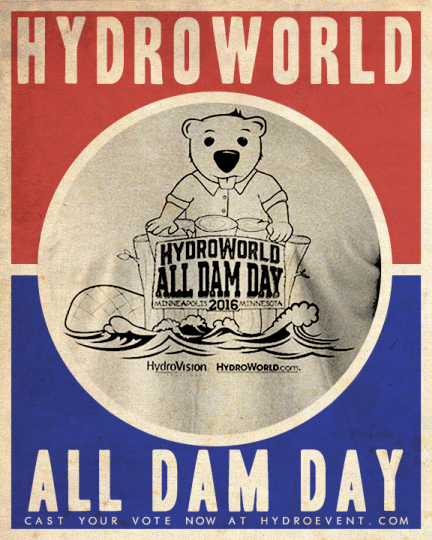 “Beaver. Button-down. To recap, it’s a beaver in a button-down. Vote All Dam Day.”

Polls are open now at HydroEvent.com. These free shirts will be distributed on a first-come, first-served basis to the first 500 visitors at the PennWell booth (No. 1800) at HydroVision International.