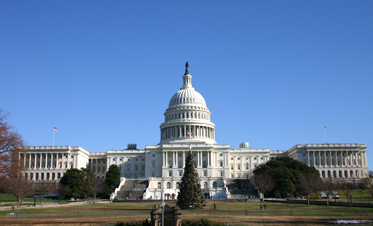 The legislation could be a windfall for states like LePage’s Maine, which could generate an estimated 70 MW of energy from small hydroelectric projects built on existing non-powered infrastructure.

“I don’t believe FERC or the federal government should be involved in smaller dams on people’s property or in remote parts of the state,” LePage said. “They’ve got bigger fish to fry.”

Per the discussion draft:

The legislation would also remove Federal Power Act licensing requirements from projects of 5 MW capacity or less, while also giving FERC the authority to issue exemptions for facilities greater than 5 MW for certain proposals. To be eligible, the facility must be located at an existing non-powered dam or similar infrastructure and must not, among other criteria, “materially change operations” of the infrastructure.

FERC would also be required to “establish a schedule for all required authorizations under Federal law to ensure Federal and State resource agencies cooperate in FERC’s environmental review,” the draft said.

“We believe that we have the resources to be self-sufficient and can do it in a timely fashion,” LePage said, also referencing measures included in the draft discussion that would cut red tape for natural gas pipeline development.

The discussion draft is similar in its intent to the Hydropower Regulatory Efficiency Act, which was enacted by President Barack Obama in August 2013.

Both pieces of legislation are designed to help spur the development of hydropower at America’s existing non-powered infrastructure, of which only 3% of an estimated 80,000 MW has been developed.