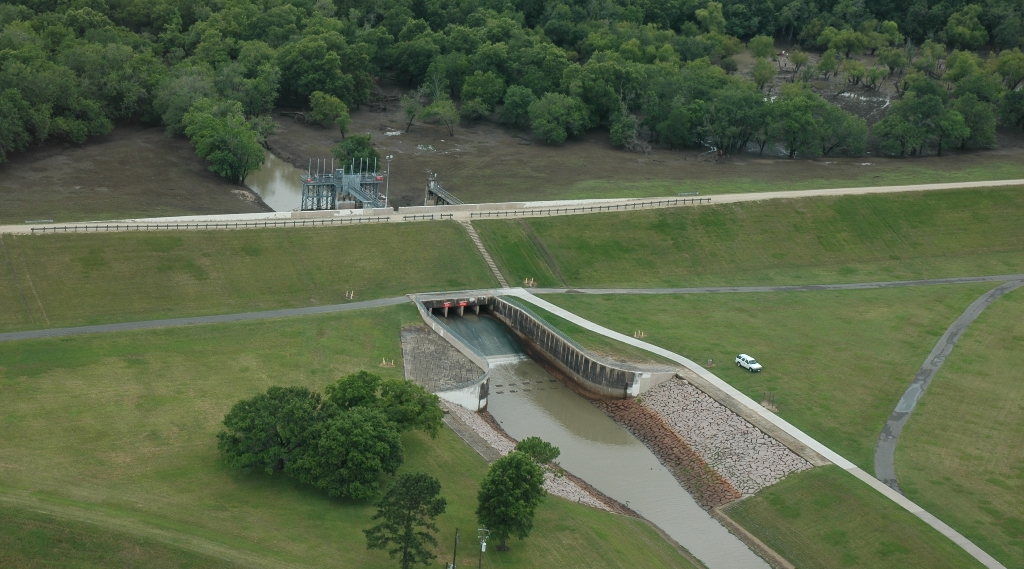 Hurricanes are significant natural events that can test the safety and integrity of dams and other infrastructure.

In the U.S. state of Texas, a variety of infrastructure was recently put to the test, when Hurricane Harvey caused significant flooding as it reached land on Friday, Aug. 25. Harvey increased to become a category 4 hurricane just before it reached land, then was downgraded to a tropical storm Saturday, Aug. 26.

The U.S. Army Corps of Engineers began releasing water from its Addicks and Barker dams in Houston on Monday morning because water levels in their reservoirs were rising more than half a foot per hour, according to the Washington Post. Combined, the reservoirs can hold 410,000 acre-feet of water and were built in the 1940s to protect against flooding in downtown Houston. Both dams are surrounded by parks and residential areas, and this release was needed to avoid spilling around the ends of the dams. However, it did result in streets and houses in some surrounding neighborhoods being flooded.

Coincidentally, Addicks and Barker are in the midst of a multi-year project to repair the dam gates, after 2015 inspections revealed two structural areas of concern: the gates that allow outflow to Buffalo Bayou and the ends of the dams. Repair work is scheduled for completion by 2019.

The Corps is monitoring the dams and reservoirs around the clock to ensure their integrity and continued operation.

The state of Louisiana was also affected by the severe weather, with President Trump declaring an emergency disaster Aug. 27 and another 15 to 25 inches of rain expected, according to NPR.

Valuable lessons can be learned as a result of facing this type of natural disaster. An article recently published in Hydro Review provides a case study of changes made as a result of Hurricane Irene, which hit the U.S. eastern seaboard in August 2011.