More
Home World Regions Canada Hydro Review: Echoing the Past and Poised for the Future 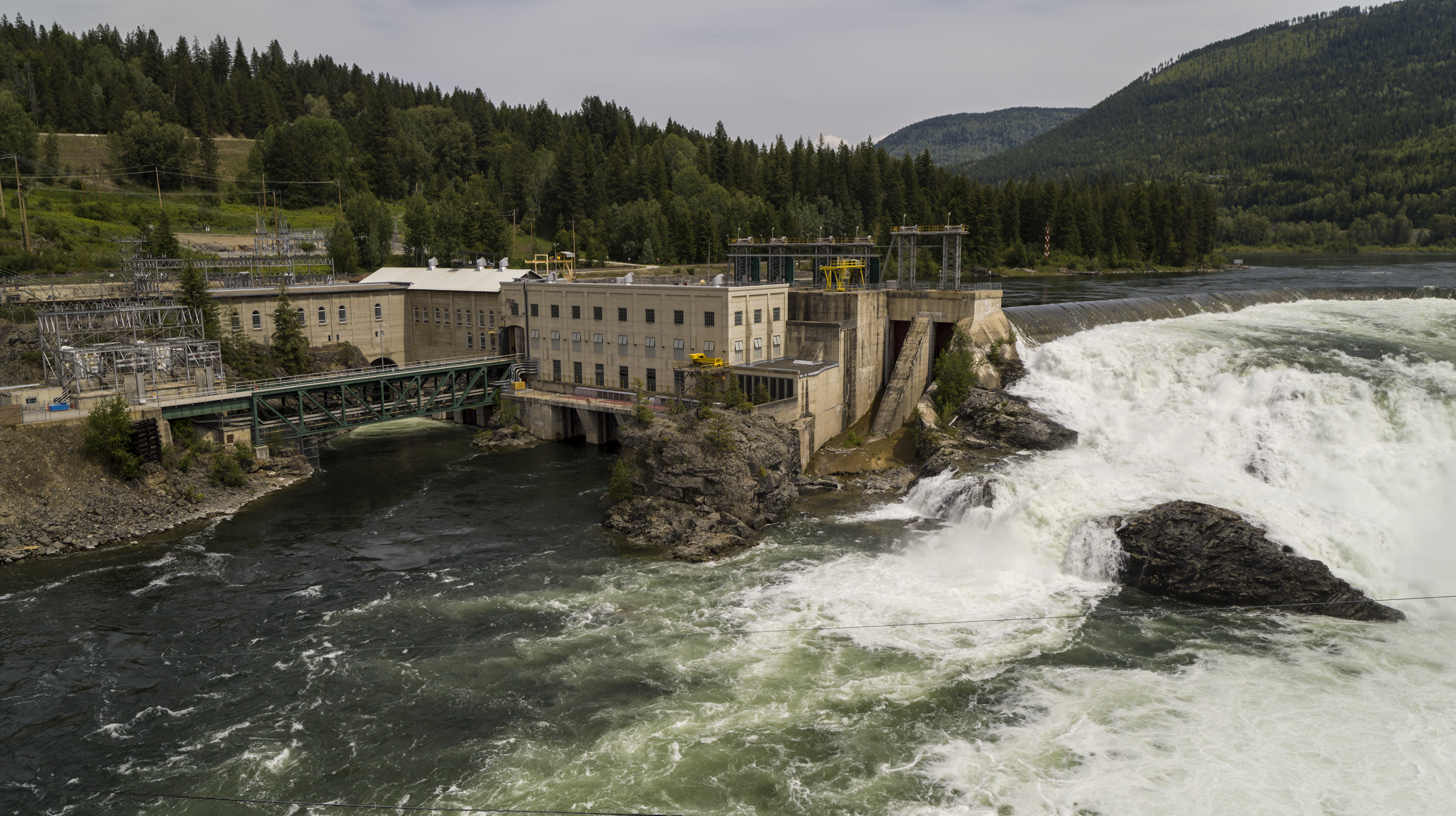 When FortisBC industrial mechanic Dorian Craft began his career as a temporary worker at the 65-MW Upper Bonnington Generation Plant in 1998, it took a long time for him to stop calling his co-workers “Mr.” and “Mrs.” 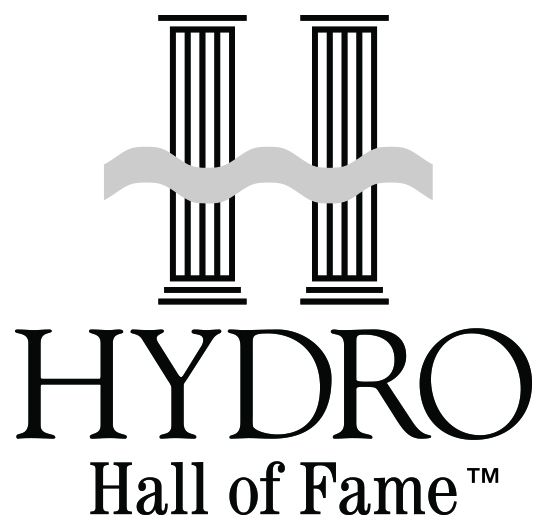 Craft, a Red Seal Millwright, grew up in one of the nine company homes that once formed a town site just outside the gates of Upper Bonnington in British Columbia, Canada. As a third-generation employee, many of his co-workers were his parents’ friends and his friends’ parents.

While those company homes are now gone, Upper Bonnington continues to be an old-meets-new experience, with its four original units, control panels and auxiliary systems still operating next to modern, automated controls.

FortisBC — through its predecessor, West Kootenay Power & Light Company (WKP&L) — has been in continuous operation since 1897 and Upper Bonnington is its oldest generation facility. The plant’s age (it began operating in 1907) and unique structure provide interesting development opportunities for crews and reflects the skill of the generations of workers who have maintained the plant over its 110-year history.

“For people who join FortisBC from other hydro companies, it’s often their first time seeing original equipment still in operation,” said Craft. “And even though I work at all the plants, I still have a soft spot for Upper Bonnington, with its old governor systems, turbines and other components. It gives you a real appreciation for the work and skill of early engineers.”

About the Upper Bonnington Generation Plant

Upper Bonnington is one of four hydro generating plants FortisBC owns and operates along the Kootenay River, a major tributary to the Columbia River that drains in British Columbia, Canada, and Idaho and Montana in the U.S. The run-of-river plant is located about 17 km (10 miles) downstream of Nelson, between two other FortisBC generation facilities – the 51-MW Corra Linn Dam and the 54-MW Lower Bonnington Plant. Combined, FortisBC’s four plants provide about 45% of the annual electricity needs of its customers.

Upper Bonnington by the numbers:

Turn of the century entrepreneurship

Upper Bonnington was important to the development of B.C.’s Kootenay region and continues to be an important source of clean energy for customers today.

Electricity was already in use in growing B.C. communities like Victoria and Vancouver for street lighting and street cars in the 1880s. At the same time, the Canadian Pacific Railway was making remote mining communities more accessible, giving rise to a booming mining industry in regions like the Kootenays, situated along the southwest stretch of B.C.’s Rocky Mountains.1

In the 1890s, mining and rail entrepreneurs saw the potential of the Columbia and Kootenay rivers to create the affordable, steady power supply they needed to meet the intensive energy needs of their mines in Rossland, B.C. They formed WKL&P and identified the falls located between Nelson and Castlegar as the ideal location to build a plant. In fact, it was Sir Charles Ross, one of WKL&P’s founders, who named these falls Bonnington after a town in his native Scotland. Together with engineers from the mining community, this group had the capital, business acumen and technological expertise to receive provincial approval to build their first generating plant.

They built the Upper Bonnington Generating Plant with its two original units in 1907, and it was this group’s second project on the Bonnington Falls. They added two more units in 1916 that enabled the company to expand into neighboring mining communities like Trail and the nearby Boundary region. In 1939, WKL&P extended the building and added the last two units – these are still referred to as the “new units” today. A rigorous inspection and maintenance program has ensured that all six units continue to operate.

While many upgrades have taken place over the years, Upper Bonnington’s small archways, narrow spiral staircase with a molded iron hand rail and antique governors – complete with brass gears – provide evidence of its century-long history.

When Upper Bonnington was built, engineers could take pride in the fact that it was the largest in the province and its unique triple-decker turbine assembly was pioneering for its time. 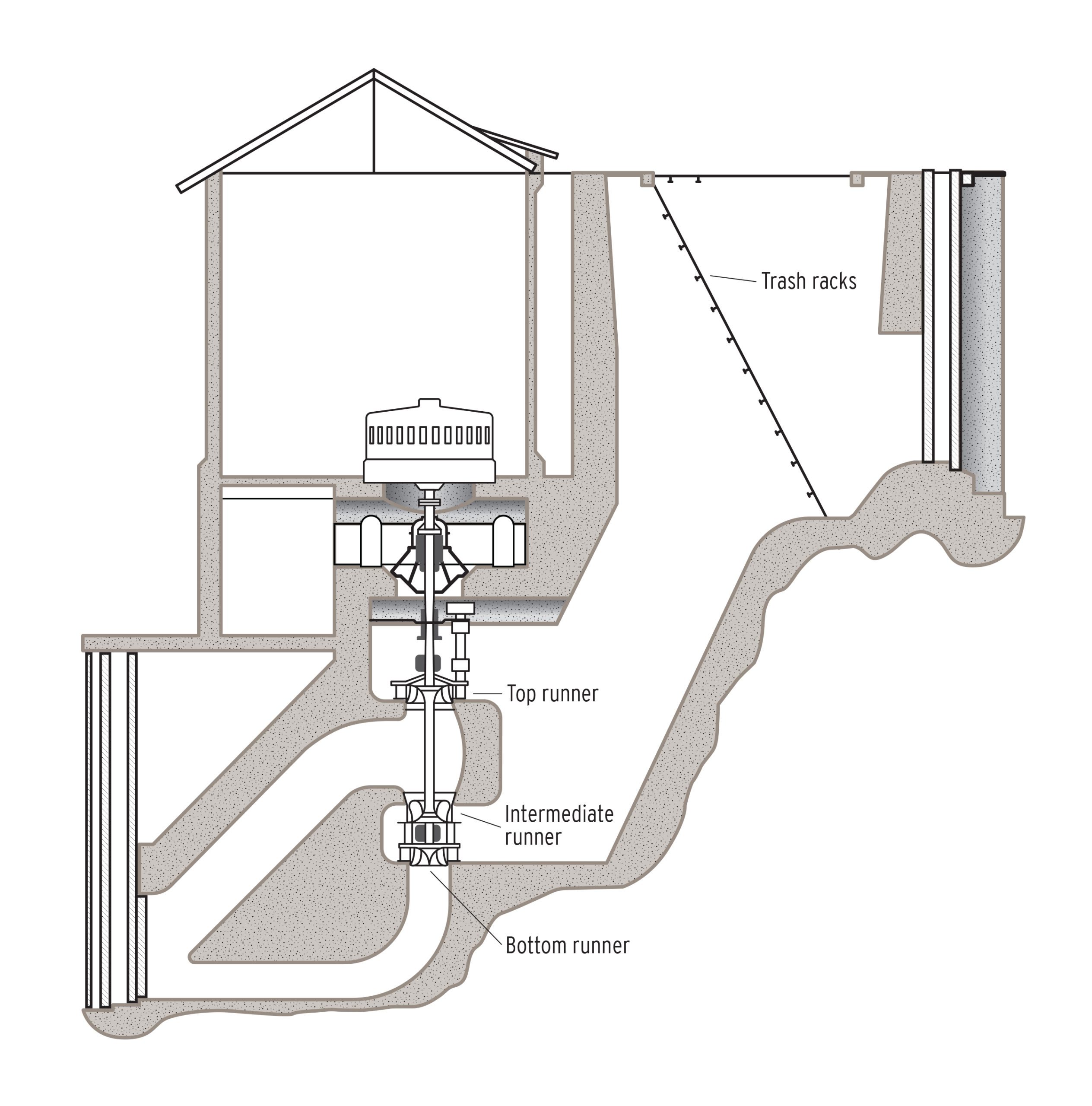 But Upper Bonnington’s unique design also meant that early crews had to navigate tight, sharply-angled and slippery passageways to access the lower-level waterways for maintenance.

“It’s a design you won’t see elsewhere,” says Craft. “It’s unique, but it presented challenges for early crews who had to work in confined spaces surrounded by fall and slip hazards. It would have been difficult to rescue an injured worker from these passageways.”

As a former paramedic and firefighter, one of Craft’s responsibilities is to think through safety hazards before they become incidents, as well as design rescue procedures. He admires the work done by his predecessors to address the issues presented by Upper Bonnington’s unique design.

“As safety standards improved, they cut hatches through as much as six feet of concrete so crews could safely access waterways,” he explains. “These are equipped with anchors to secure workers from falls, and there’s specialized rescue equipment to safely remove an injured worker.”

Even with these fail-safes, it’s important that crews are ready to respond.

“Given the unique characteristics of working in a plant like Upper Bonnington and its distance from community first-responders, it’s important that we think through safety concerns and are all trained to react quickly to incidents,” said Craft. “Fortunately, we haven’t had to respond to a major incident, but if we do, we’re prepared.”

Despite their age, the four original units at Upper Bonnington – with many of their original components – are still operated annually during freshet. And right now, three of these units are still started and stopped manually. This process takes three skilled tradespeople about two hours, following a 50-step checklist.

Ryan Davis, a journeyman electrician with five years at FortisBC, is one of the skilled tradespeople who are still able to run the units. As an industrial electrician, he began his hydro career helping to build a new hydro-generator, also in the Kootenays.

“As a relatively young electrician, it’s really rare to get an opportunity to work with equipment like this,” says Davis. “The first thing you notice is the noise. These old units are loud and run hot. It’s hard to have a conversation. The new units, you can hardly hear them.”

“All hydro units basically run the same way, but with these older units, you can see it. And you have to physically perform the tasks whereas the newer units are PLC controlled — seeing it definitely helps in learning how hydro generators work and makes it easier to understand.”

The process involves manually initiating the excitation voltage by starting the water wheel exciter and visually confirming the unit is spinning. Next, the crew opens the governor oil valve and confirms flow before starting the bearing oil pump and opening the cooling water valve. Once the cooling water is flowing, two tradespeople are required to turn the hand wheel to free the governor arm and open the wicket gates to manually set the unit speed.

“Unlike our other units, which are all controlled remotely, the older units have to be manually synchronized online. The voltages and power factors need to be loaded onto the unit to achieve the desired megawatt output as directed by our system control centre,” explains Davis.

Despite the pride and appeal of having these original units still in operation, many of the components are near end-of-life. In many instances, the original equipment manufacturers no longer exist and parts have to be salvaged from other equipment or machined from scratch. There’s also a lack of consistency across equipment. For example, there are four transformers all from different manufacturers, with the oldest more than 80 years old. This older transformer is a three-tank, single-phase design that’s water-cooled and has a variety of issues.

To continue operating these units in a safe, reliable and environmentally responsible manner, FortisBC is in the process of refurbishing the original four units. This upgrade project started in 2017 and will be completed in 2021, with one unit rebuilt per year. The total estimated capital cost of the project is C$31.78 million (US$24.36 million).

These are the last of FortisBC’s 15 hydro units to be upgraded. The other 11 units, including the newer units at Upper Bonnington, went through an extensive unit-life extension (ULE) project between 1998 and 2011.

But many of the core components at Upper Bonnington will remain in service, such as the original turbines, rotors and shafts. That means that even after this project, the plant will maintain its unique triple-decker turbine assembly.

“As part of the project, we’ll replace the auxiliary systems that run the units but refurbish many of the core components,” said Steve Hope, regional manager, generation. “By refurbishing the units instead of replacing them, we can eliminate the need to make large structural changes and reduce the overall cost of the project.”

FortisBC takes pride in completing the majority of this refurbishing work in-house.

“This project provides our crews a rare chance to work on 100-year-old technology,” said Hope. “Our crews will know intimately how our units are put together and we’ll keep this knowledge in-house, which is a huge benefit to us in maintaining our facilities going forward.”

FortisBC crews completed work on the first unit in 2017 and although it continues to operate from within its distinctive, century-old housing, it was operated with modern equipment and controls during this year’s freshet.

Work on the second unit is under way. The core components – some of which have not seen the light of day since they were put in the ground more than 100 years ago – were lifted out and inspected in March, leaving a deep, three-story concrete cavity in its place. With the unit now disassembled, a tour through the plant is a rare chance to see 110-year-old components exposed and undergoing renewal, such as the original rotor poles removed from each slot and newly refurbished, and a specialized contractor crew expertly completing the generator’s stator rewind.

This upgrade, together with expertise of FortisBC’s many skilled tradespeople like Craft, Davis and Hope, will ensure the Upper Bonnington Generation Plant continues to provide clean hydroelectric power to help serve FortisBC’s more than 172,000 electricity customers for years to come.

Nicole Bogdanovic is a communications advisor with FortisBC.